Preview of Mouse Guard: Baldwin the Brave and Other Tales HC (Archaia) 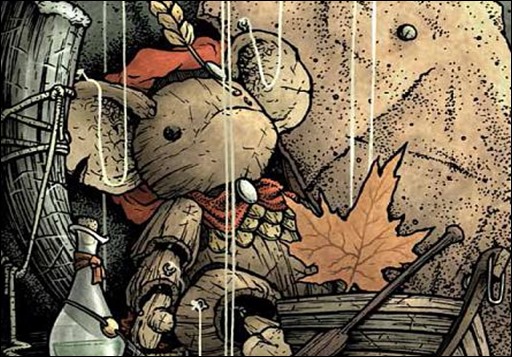 Here’s a preview of Mouse Guard: Baldwin the Brave and Other Tales HC by writer and artist David Petersen, on sale November 12th, 2014 from Archaia Entertainment.

Mouse Guard: Baldwin the Brave and Other Tales HC

WHY WE LOVE IT: Whether you’re of claw, wing or scale, fairy tales and fables never cease to warm our hearts and fill our imaginations. Every year, we look forward to Archaia’s Free Comic Book Day Mouse Guard short story by Eisner Award-winning creator David Petersen. Now, four of the stunningly illustrated fables are collected for the first time, alongside two brand-newMouse Guard tales in a beautiful hardcover.

WHY YOU’LL LOVE IT: If you like fantasy stories that not only feature action and adventure, but also a lot of heart, you’ll instantly love Mouse Guard. Fans of J.K. Rowling’s The Tales of Beedle the Bard, Stuff of Legends or classics likeWind in the Willows will love this collection of tales meant to be read again and again.

WHAT IT’S ABOUT: Every hero was once a child, listening to stories of the heroes who came before them. It is the same with the Mouse Guard. Six mouse fables are spun to a few familiar youngfurs, reminding us all to be brave, stay true to ourselves, and follow our hearts. Brand-new stories include “Service to Seyan,” set in the land where Mouse warriors travel after death, and “Oh Day Away,” a tale of the insect faeries of the Mouse world! 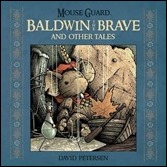 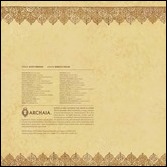 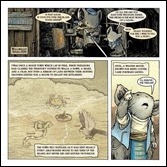 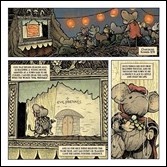 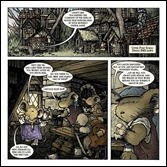 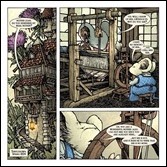 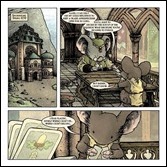 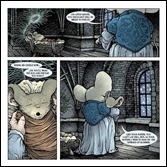