QUANTUM AND WOODY #7 Is Coming to Take Our Guns Away! 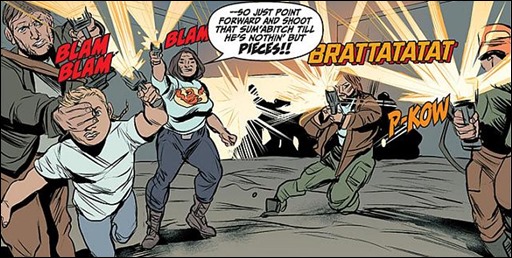 Valiant is proud to present an advance preview of Quantum and Woody #7 by acclaimed creators James Asmus and Ming Doyle! Business in the front, party in the back… The world’s worst superheroes have blundered into a suicide mission and they don’t even know it yet!

Quantum finally has finally landed his dream job – on-staff superhero for billion dollar defense contractor Magnum Securities! But when the Midwestern militia compound he’s been assigned to infiltrate discovers the true nature of his visit, Eric’s very first field mission may just become his last. Can he convince the anti-government secessionists of the Stronghold that he isn’t just a socialist commie-pinko government stooge sent to suppress their Second Amendment right to a flamethrower? And can he do it before Woody swoops in for the “rescue” and accidentally sets off a civil uprising? 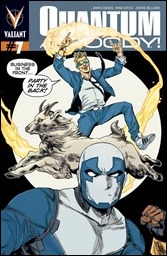 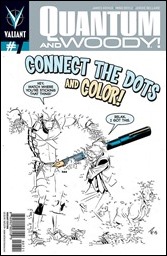 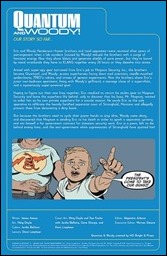 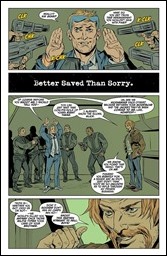 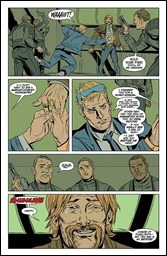 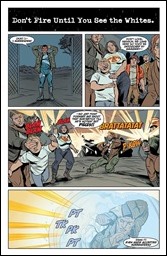 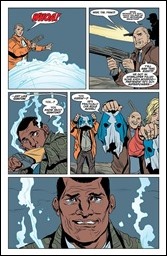