A MYSTERY ORBITS A DARK STAR IN ROCHE LIMIT

First volume of graphic novel trilogy in stores in March

Here’s an eight page preview of Roche Limit, Volume One, a trade paperback collecting the first five issues of the series by writer Michael Moreci and artist Vic Malhotra, on sale March 25th, 2015 from Image Comics.

Roche limit: in astronomy, the minimum distance to which a large satellite can approach its primary body without being torn apart by tidal forces.
-Encyclopedia Britannica

The Roche Limit Colony lies at the cusp of an energy anomaly in the Andromeda Galaxy, and on top of a cache of an alien mineral deposit used to make the drug “Recall.” It has become a magnet for greed, crime, a place where people disappear — both because they want to or someone else wants them to. In ROCHE LIMIT, VOLUME 1, the March graphic novel by Michael Moreci (HOAX HUNTERS, HACK/SLASH:SON OF SAMHAIN) and Vic Malhotra (The X-Files: Year Zero, Thumbprint), Sonya Torin wants to find one of those who have disappeared, her sister Bekkah, who came to Roche Limit to help Recall addicts.

Sonya’s only help on the corrupt, lawless colony in finding her sister is Alex Ford, a shifty drug manufacturer with his own set of pursers who are after his Recall formula. As the search for Bekkah leads Sonya deeper into Roche Limit’s underbelly, they move ever closer to a burgeoning spiritual movement with the energy anomaly at its center.

“Both noir and sci-fi are perfect genres to employ for Roche Limit because both have deep underpinnings in existentialism/fatalism,” said writer Moreci in an interview with Comic Bulletin. “I’ve always contended that the best sci-fi examines who we are as humans, particularly in the context of our social mores… Noir is similar, but a bit more personal…. I want to explore that intersection of existentialism and popcorn fiction as only genre fiction can.”

Artist Malhotra inhabits Roche Limit with weary denizens who move through a lived-in, often dilapidated and grimy setting. “I find it really tough to get my imagination going with stories set in sleek sci-fi settings. The sense of history is lost,” he said in the Comics Bulletin interview. “That’s why it’s more fun to draw old buildings rather than new ones or an old tennis shoe rather than a brand new one.”

ROCHE LIMIT, VOLUME 1, the first book of a planned trilogy, will be in comic book stores on March 25 and in bookstores on April 7. It is available for pre-order now. 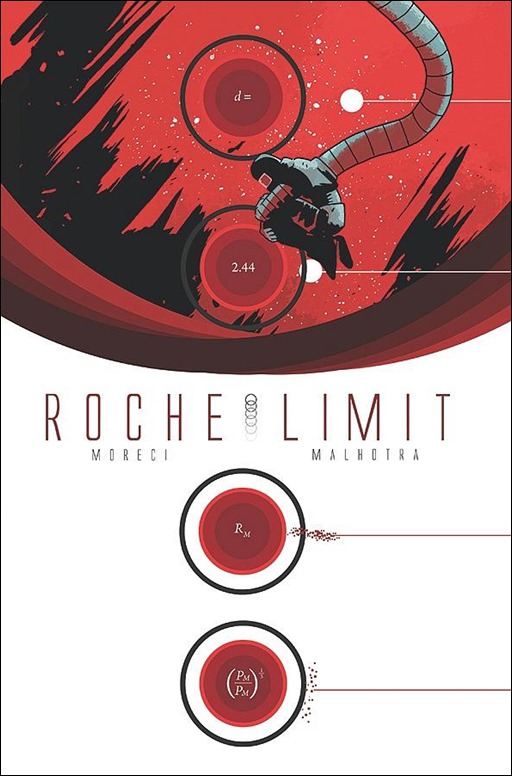 by Michael Moreci and Vic Malhotra
(colors by Lauren Affe)

“Moreci and Malhotra are… succeeding at upending expectations of a science fiction story and regaling us with their tale the way they want to tell it. Through great art comes questioning of perception or simply exciting experiences. This artistic team has succeeded at both.” –Keith Dooley, Multiversity Comics

“This is a series that demands and deserves to be read by any and all sci-fi, comic, and storytelling fans.” –Zac Thompson, Bloody Disgusting 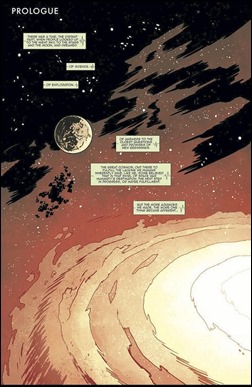 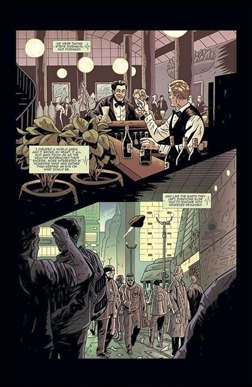 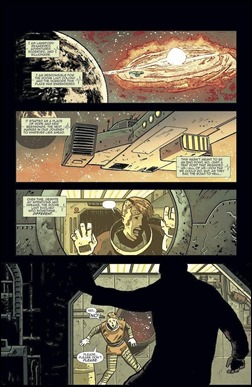 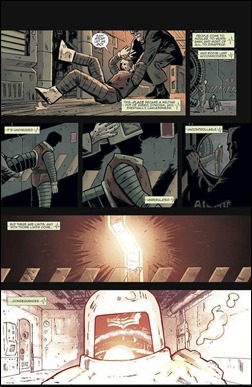 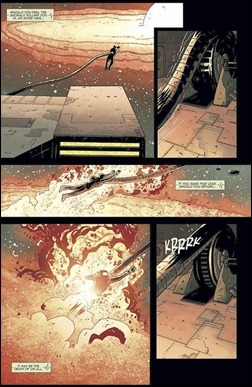 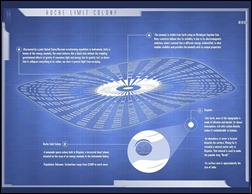 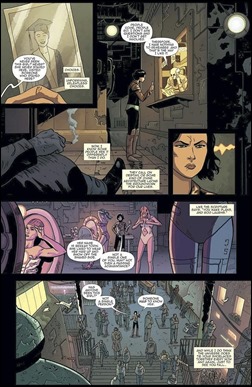 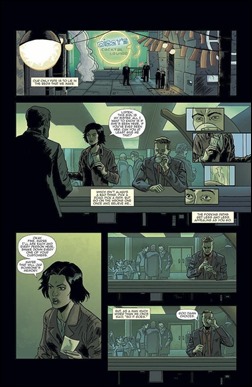