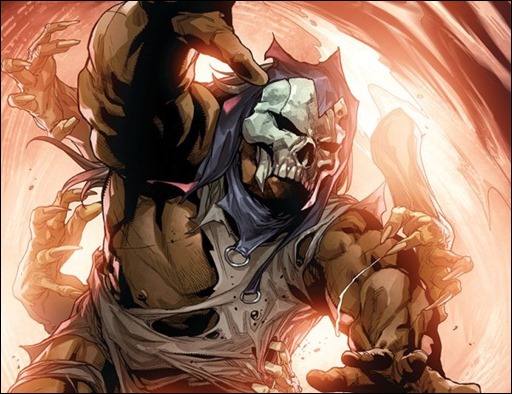 As revealed today at IGN, Valiant is proud to present a brand-new look inside SHADOWMAN (2018) #1 – the FIRST ISSUE of the POWERFUL NEW ONGOING SERIES by superstar writer Andy Diggle (Green Arrow: Year One, Daredevil) and high-octane artist Stephen Segovia (Action Comics)! On March 28th, “FEAR OF THE DARK” – the fearsome first strike in Diggle’s two-year master plan for Valiant’s supernatural icon – starts here as Jack Boniface emerges from the Deadside and returns to the haunted city of his youth, New Orleans, to head off the coming of a terrible new threat that will irreparably scar the Valiant Universe in its wake…

“I love action comics and I love supernatural horror, and with SHADOWMAN I get to write both at the same time. It’s win/win,” Diggle told IGN. “I think Jack Boniface is a character with a lot of untapped potential. He started out as this upbeat, fresh-faced young guy and since then he’s been through Hell and back. He’s carrying a burden of guilt over some bad choices he made and that’s fertile ground for a redemption story.”

Don’t fear your demons… Fight them! Orphaned as a child and raised on the margins of society, Jack Boniface never knew his place in the world. Until he discovered it waiting for him…in a darkness far older than the reign of men…

But now, after years of self-imposed exile, the man once known as Shadowman is returning home to sharpen the weapon within…and unleash a reckoning on the evils of our world that will soon send shockwaves through heaven and hell alike…

In the epic tradition of X-O MANOWAR and BLOODSHOT REBORN, a staggering new beginning for Valiant’s supernatural icon starts here on March 28th with PART ONE of “FEAR OF THE DARK” – a tense and gripping three-issue introduction pushing Jack Boniface to the farthest edge of fear itself…and into a startling, adrenaline-fueled fight for survival as Shadowman takes command of the birthright he was born to uphold!

Then: Jack Boniface’s quest to reclaim his unearthly inheritance charges onward in SHADOWMAN #2! On April 25th, Valiant’s must-read new series launch of the New Year plunges even deeper into the darkest recesses of the Deadside to reveal the vengeful machinations of Baron Samedi!

Jack Boniface has only just returned home to New Orleans…but the Deadside won’t let him stay gone! From across the veil of life and death, the malignant presence of Baron Samedi – a ravenous voodoo deity bent on consolidating power at all costs – now seeks to infiltrate the mortal plane and claim the legacy of Shadowman for himself! But even as Jack and Alyssa marshal a defense to Samedi’s inhuman agenda, a monstrous new force – driven by killer instinct and a rabid hatred of the Shadowman – is about to turn the Big Easy’s back alleys into a hunting ground…
On April 25th, “FEAR OF THE DARK” stalks forward as Andy Diggle and Stephen Segovia bring a hard-hitting reckoning to SHADOWMAN #2 – featuring covers by Tonci Zonjic (Lobster Johnson), Renato Guedes (Wolverine), Juan José Ryp (HARBINGER RENEGADE), and Ben Templesmith (30 Days of Night)!

PLUS: Valiant is rewarding fans who reserve the first arc of Valiant’s next essential monthly series with specially expanded, limited editions of each issue in the SHADOWMAN #1-3 PRE-ORDER EDITION BUNDLE – available only as a pre-order set! Released monthly from March through May 2018, each Valiant PRE-ORDER EDITION comes packed with trade paperback-style extras and bonus content, including creator commentary, behind-the-scenes looks at the creation of the comics, process character designs and artwork, and first looks at upcoming issues – plus an exclusive cover by visionary artist Raúl Allén (SECRET WEAPONS) that can’t be found anywhere else!

The only way to obtain the SHADOWMAN #1-3 PRE-ORDER EDITION BUNDLE is to reserve this limited item with your local comic shop by the initial order date (IOD) of January 25th, 2018! No more copies will be made available beyond that date and subsequent issues will not be offered in later solicitations! 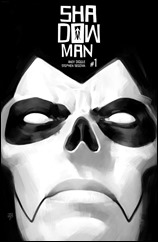 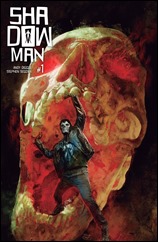 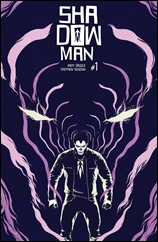 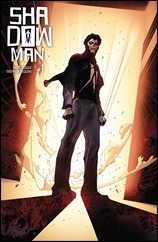 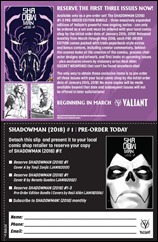 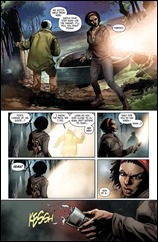 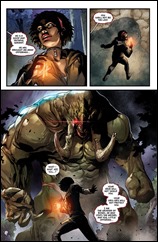 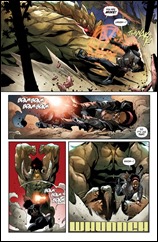 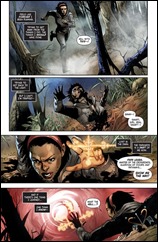 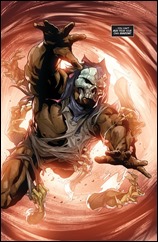 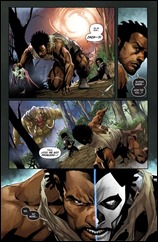