Sins of the Father Revealed – Your First Look at THANOS: A GOD UP THERE LISTENING #1! 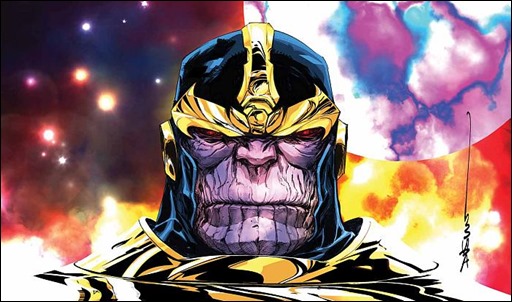 Here’s your first look at Thanos: A God Up There Is Listening #1 by Rob Williams and Iban Coello, in print for the first time on October 8th, 2014 from Marvel Comics.

In the aftermath of the universe shaking INFINITY event, Thane, Son of Thanos will rise. But will he be hero, or villain? Today, Marvel is proud to bring you a first look at THANOS: A GOD UP THERE LISTENING #1, representing the hit Infinite Comics series in print for the first time.

Under the watchful eye of Thanos’ advisor, the Ebony Maw, Thane has travelled the galaxy in search of answers. Is he truly the son of the Mad Titan? And is he destined to follow in his father’s evil footsteps? The lost biography of Thanos’ black deeds has been uncovered. As Thane begins to explore his father’s legacy, he’ll discover not everything is as it seems. Meanwhile in the past, two titans clash as the cosmic war between Thanos and Ego the Living Planet sends shockwaves across the heavens. As the story of their bloody battle in the cold depths of space is revealed, Thane will learn a devastating secret that will haunt him in the present day!

Can a man fight his own destiny? The time has come where Thane must choose what man he will become. A force for good…or for evil? Don’t miss the start of a new 4-issue limited series set to expand on the story of Thanos and Thane like never before when THANOS: A GOD UP THERE LISTENING #1 hits comic shops in October! 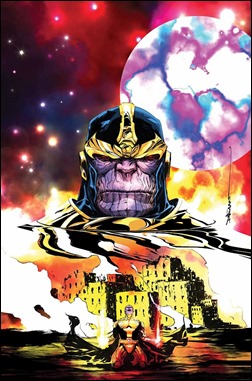 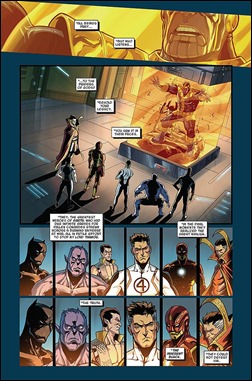 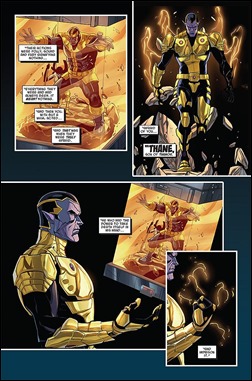 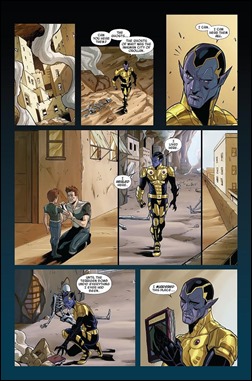