Imprisoned by UNITY In
X-O MANOWAR #21! 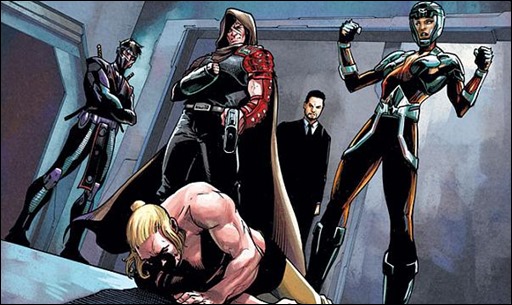 Valiant is proud to present an advance preview of X-O Manowar #21 by New York Times best-selling writer Robert Venditti and red-hot artists Cary Nord, Vicente Cifuentes and Trevor Hairsine! In the aftermath of Unity #3, the X-O Manowar armor has found a new bearer… Now find out what terrible punishment awaits its former host, Aric of Dacia…prisoner of war!

Stripped of the X-O Manowar armor, Aric of Dacia has been imprisoned and interrogated at an off-the-grid black site. But what knowledge could the governments of the world want from a man who has journeyed 1,600 years to the present? A man who liberated an alien planet? A man who once wielded the most powerful weapon in existence? What knowledge could they want, you ask? All of it. And the agents of Unity will extract every one of Aric of Dacia’s secrets by any means necessary.

Separated from the universe’s most powerful weapon, can the Visigoth warrior that led the world to war still pose a formidable threat? Find out on January 22nd when Unity exacts its revenge on the man at the epicenter of the winter’s blockbuster comic book event, only in X-O Manowar #21! 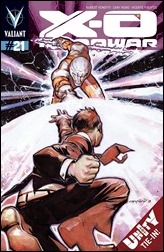 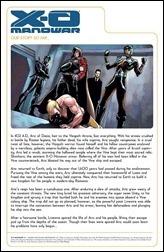 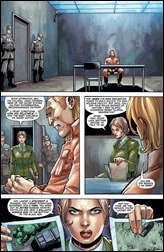 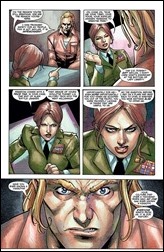 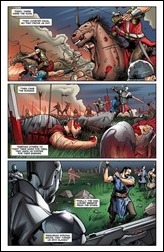 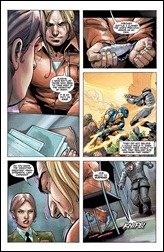 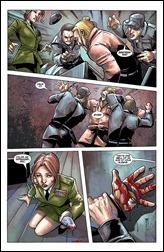