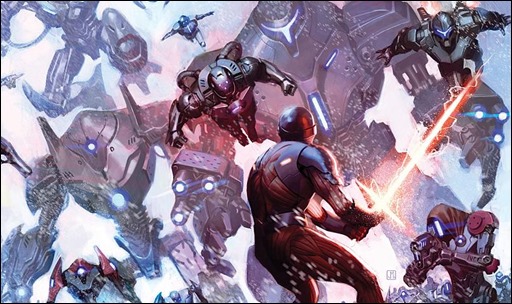 The X-O Manowar epic of 2015 starts here on March 4th as Aric of Dacia, bearer of the most powerful weapon in existence, takes to the stars for a cosmic showdown with the ultimate doomsday fail-safe…the robot army called DEAD HAND!

Born into battle, Aric of Dacia, the fifth century Visigoth now called X-O Manowar, has never known peace. Abducted and enslaved by the savage alien empire known as The Vine, Aric finally escaped his captors after stealing their ultra-powerful X-O Manowar armor and then returned to Earth…only to find that more than a thousand years had passed in his absence. Stranded in the modern day, the most primitive man on Earth now wields the most powerful weapon in existence as X-O Manowar – one of the Earth’s most formidable new heroes and a member of the international superteam codenamed Unity.

But now…in the far reaches of deep space, the ultimate fail-safe of an extinct alien race has finally counted down to zero…and the robot army called DEAD HAND has been activated. The civilization that built them has fallen…and, now, to combat the doomsday threat that destroyed their world, DEAD HAND will complete the mission that their creators could not. Soulless and brutal, this billion-strong legion is the phantom army of a dead world…and it will cleanse the universe by any means necessary.

This spring, X-O Manowar is all that stands between Earth and the relentless precision of DEAD HAND’s procession across the galaxy. Separated from his earthly allies and outnumbered a thousand to one, can one man repel a legion of single-minded killing machines and save civilization from the death grip of DEAD HAND?

Find out here on March 4th as the cosmic X-O Manowar event of 2015 begins in X-O MANOWAR #34, part one of DEAD HAND! Featuring standard covers by Lewis LaRosa (BLOODSHOT) with specially manufactured DEAD HAND overlay cover wraps and stunning wraparound alternate covers by Jorge Molina (X-Men), discover the series that Ain’t It Cool News calls “an amazing read each and every issue” here as DEAD HAND delivers the biggest jumping-on point yet for Robert Venditti and Diego Bernard’s superhero epic! 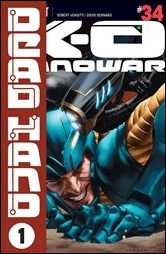 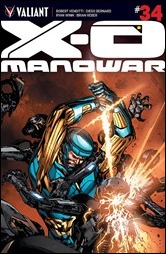 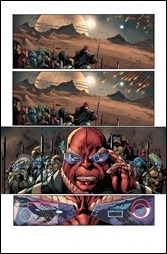 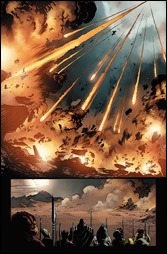 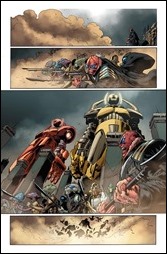