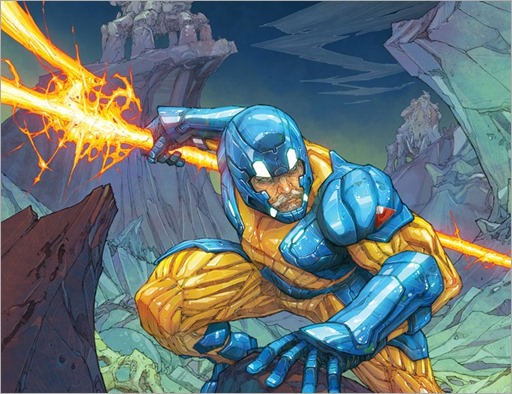 As revealed at Mashable, Valiant is proud to present the first lettered look inside the all-new X-O MANOWAR #1 – the FIRST ISSUE of the EPIC NEW ONGOING SERIES from New York Times best-selling writer Matt Kindt (Divinity, Ninjak, Mind MGMT) and a rotating cast of the most formidable visual storytellers in comics today, including Tomas Giorello (4001 A.D.: War Mother, Bloodshot Reborn), Doug Braithwaite (Armor Hunters, Bloodshot U.S.A.), Clayton Crain (Rai, Carnage), Ryan Bodenheim (The Dying & The Dead), and Mico Suayan (Bloodshot Reborn), that together will span the series’ first year in 2017 and beyond!

A stunning new beginning for Valiant’s most enduring icon starts here on March 22nd with part one of “SOLDIER” – a punishing, three-issue introduction that will push Aric of Dacia beyond the farthest limits of our galaxy…and into the brutal opening salvo of the ultimate X-O Manowar tale ever told!

“What do you do that hasn’t been done before? I figured the way to do that would be to just throw him on a completely alien planet with all new cultures,” series writer Matt Kindt told Mashable. “”I think what’s fun is [that] the series has Aric’s story arc that he’s going to follow, but then the armor also has its own… The armor is evolving, and it’s growing, and it’s going to have its own arc, too.”

In the wake of “SOLDIER”’s staggering assault in issues #1-3, X-O MANOWAR then continues in 2017 and beyond as a superstar cast of Valiant’s most acclaimed artistic talents chart Aric’s path from SOLDIER to GENERAL to EMPEROR to VISIGOTH for a vicious, year-long journey of bone and bloodshed born from the battlefields of a herculean alien empire:

Available only as a pre-order set, the X-O MANOWAR #1-3 PRE-ORDER EDITIONS must be ordered as a complete bundle at your local comic shop by the initial order date of January 26th, 2017! Released monthly from March through May, featuring exclusive covers by series interior artist Tomas Giorello and clocking in a colossal 48 pages each, every PRE-ORDER EDITION comes packed with trade paperback-style extras and bonus content, including creator commentary, behind-the-scenes looks at the creation of the comics, process character designs and artwork, and first looks at upcoming issues.

The only way to reserve these exclusive copies is by pre-ordering all three issues at your local comic shop by January 26th, 2017. Further copies will not be available beyond that date and subsequent issues will not be offered in later solicitations, so don’t miss your chance! Simply copy one of the pre-order coupons included in this month’s Previews catalog or in every issue of Valiant’s January-shipping comics releases and present it to your local comic shop to reserve your X-O MANOWAR #1-3 PRE-ORDER BUNDLE. 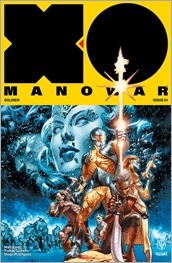 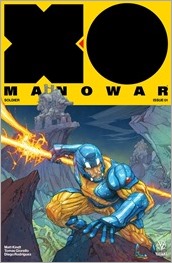 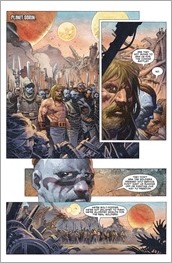 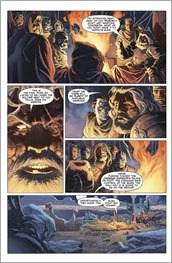 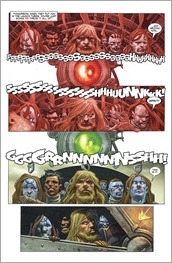 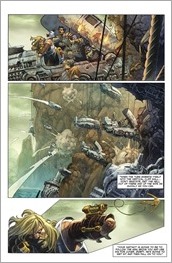 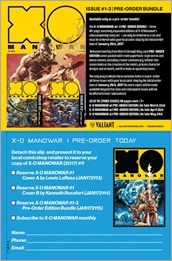