Late in 2011 DC Comics acquired the worldwide rights to Stieg Larsson’s Millennium Trilogy series of novels. All three novels, The Girl With The Dragon Tattoo, The Girl Who Played With Fire, and The Girl Who Kicked The Hornets’ Nest, will be published as graphic novels under DC’s Vertigo imprint from 2012 through 2014.

The first of the three graphic novel adaptation releases, The Girl With The Dragon Tattoo, will arrive in bookstores November 2012 and features a cover by artist Lee Bermejo (Batman: Noel). No word yet as to the page count, format size, or cover price of the book.

Best-selling comic book and graphic novel publisher DC Entertainment announced today the creative team for the highly-anticipated new graphic novel based on Stieg Larsson’s international sensation THE GIRL WITH THE DRAGON TATTOO. Crime author Denise Mina will write the book, with the cover image created by Lee Bermejo and art from Leonardo Manco and Andrea Mutti. DC Entertainment’s Vertigo imprint is working closely with the estate of Stieg Larsson and Hedlund Literary Agency to adapt the book, which will be released in November 2012.

“We’re thrilled to be adapting this incredible story into a series of graphic novels,” stated Karen Berger, executive editor, Vertigo. “Denise, Lee, Leonardo and Andrea have such great passion for the material and stylistically they’re a perfect match to bring it to comics life. Their beautifully dark and visceral work will certainly blow us all away.”

Scottish writer Denise Mina is the acclaimed author of DECEPTION and FIELD OF BLOOD, and is considered a leading international crime fiction novelist. Mina has also written for Vertigo’s HELLBLAZER series and most recently, she wrote A SICKNESS IN THE FAMILY graphic novel, also for Vertigo.

Lee Bermejo is fresh off the critical and sales success of graphic novel BATMAN: NOEL, a New York Times best-seller and follow-up to the 2008 hit JOKER. Bermejo has also worked numerous comic series including Vertigo’s HELLBLAZER and the Vertigo Crime graphic novels, among others.

Stieg Larsson’s Millennium Trilogy is an international publishing juggernaut, with more than 60 million books sold worldwide and reaching the top of numerous best seller lists. Published by Knopf in the U.S., sales for all three books exceed 17 million copies, including digital sales of 3.5 million copies. Since September 2008, when THE GIRL WITH THE DRAGON TATTOO was published in hardcover, Larsson’s books have been a constant presence on bestseller lists across America. 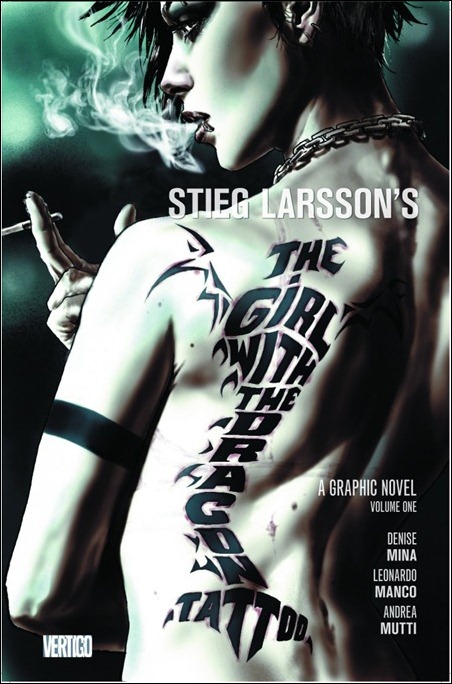