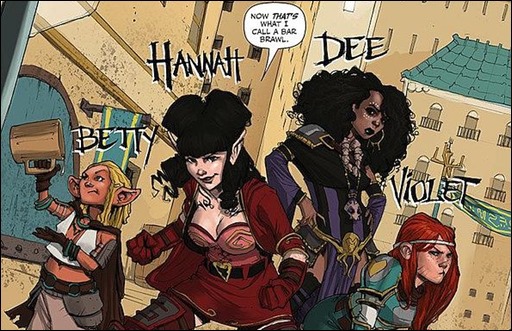 “I suppose it’s obvious at this point that this is a love letter to my years of Dungeons and Dragons and fantasy but tweaked ever so slightly with a modern twist,” said writer Wiebe, who collaborated with Meg Dejmal to round out his characters in an interview with IGN. “Rat Queens is a title I’m super excited about. This is a series I’ve wanted to write for years but never felt quite ready to do it.”

Wiebe met his collaborator on RAT QUEENS, Roc Upchurch at Comic-Con in 2011.

“A fantasy setting with female leads is pretty much the dream for me, so I’m having the time of my life with Rat Queens,” said Upchurch, who has previously drawn the Image series VESCELL, written by Enrique Carrion. “Creating these characters was both fun and challenging. The girls have very different personalities, so I wanted them to have very distinct and unique costumes to reflect that. The world itself is so fun to draw. I want this to be a place that fans of fantasy would want to live in with characters that they would want adventures with.”

A RAT QUEENS webcomic by Wiebe, Dejmal, and Upchurch will run each week on the Image Comics tumblr until the release of the first issue on September 25. Wiebe has also spoken to the L.A. Times and USA Today about the upcoming series.

RAT QUEENS #1 — including a special variant edition with a cover by SAGA artist Fiona Staples — can be pre-ordered now from the July issue of Previews (Diamond Code JUL130404). 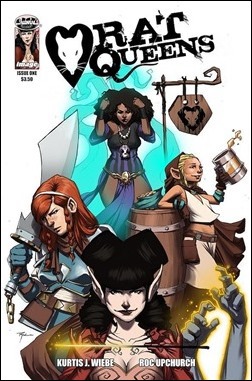 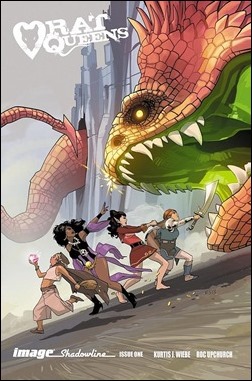 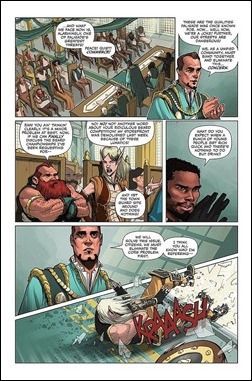 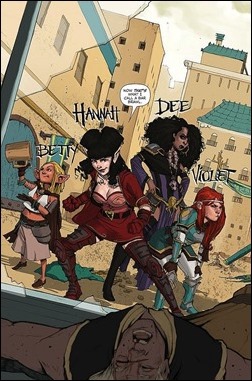 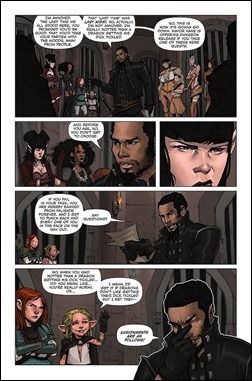 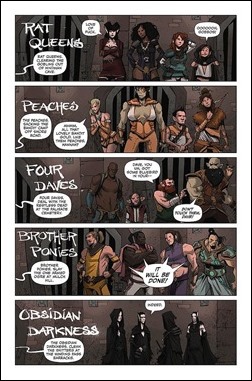