Join Mordecai, a blue jay and Rigby, a raccoon, a couple of best bros in their twenties just tryin’ to chill for a bit, man. But when you’re livin’ in as crazy a world as they are, no day can be called…regular!

“It’s exciting to be able to work on this comic as I am a fan of the show. Probably the funnest part is going back over the episodes again for inspiration (and just enjoying them also)," commented writer Green, "Plenty of ideas popping up just working on writing them down and getting the voices of each character just right. That is important, especially with this project."

"I’m really excited to see Regular Show in comic form," added creator Quintel. "Can’t wait to see what K.C. Green does with it. As someone who also only has two letters for a first name, I’m sure he’s going to make it awesome."

The REGULAR SHOW #1 COMPLETE COVER BOX SET contains REGULAR SHOW #1 Covers A-F in a shrink-wrapped commemorative slipcase that retails for $24.99 and is available for order under Diamond Code FEB130829. 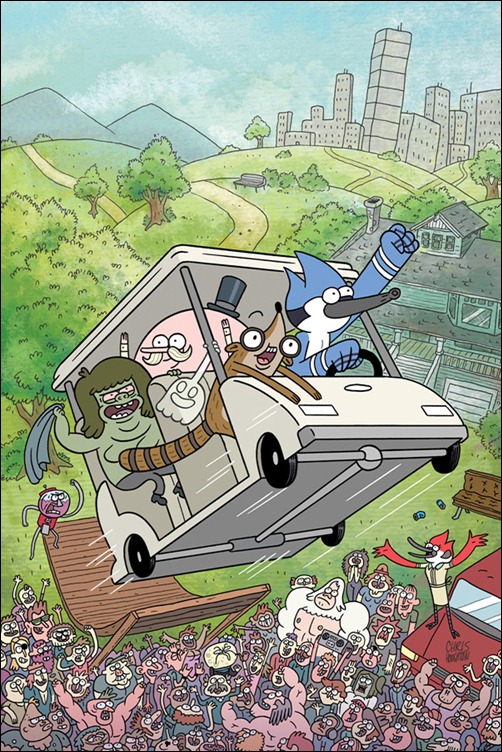