Valiant is proud to announce the launch of "Renegades" in Harbinger #6 – the FIRST ISSUE of an all-new arc by New York Times best-selling author Joshua Dysart (Unknown Soldier) and artist Phil Briones (Sub-Mariner)! After the epic confrontation between Peter Stanchek and Toyo Harada, the Valiant Universe’s first team of heroes is going to make it their mission to dismantle the Harbinger Foundation brick by brick!

Peter Stanchek is the most dangerous boy in the world and he’s just been forced to return to life on the run. But, this time, he’s anything but alone. With his childhood friend Kris Hathaway and aspiring teenage superhero Faith "Zephyr" Herbert at his side, Peter is now the founding father of the Harbinger Resistance – and the one person on Earth who knows the truth about Toyo Harada’s plans for the fate of humanity. But to snuff out Harada’s global empire wherever it may stand, Peter, Kris and Faith will need to enlist a new generation of untapped psionic soldiers to their cause. And, soon, Peter will awaken his own secret team of super-powered resistance fighters, beginning with hot-headed New Orleans stripper Charlene Dupre, who will teach them all a thing or two about vengeance, acceptance and fire…

"The concept’s really simple: It’s time for Peter to pull himself together. We haven’t revealed how the last arc ends, but needless to say, Peter has to…pull a team together. He’s going to war against Harada and he can’t do it by himself," writer Joshua Dysart told Comic Book Resources. "It’s us finally putting everybody in the book. Then, from there, the starting gun really hits… Peter’s going to need more than five people to take on [Harada]. There’s all these exterior forces happening in the Valiant Universe all at once."

The all-out war against the Harbinger Foundation begins this November with "Renegades," kicking off in Harbinger #6! And as each new issue introduces a new member in Peter Stanchek’s rogue band of heroes, look for a new interlocking cover by Mico Suayan for issues 7 through 10. For information on all of Valiant’s upcoming releases or to locate your local comic shop, visit ValiantUniverse.com. 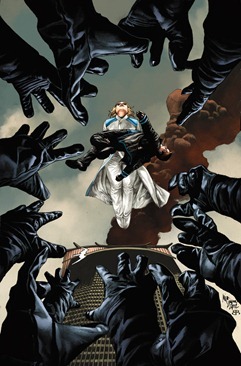 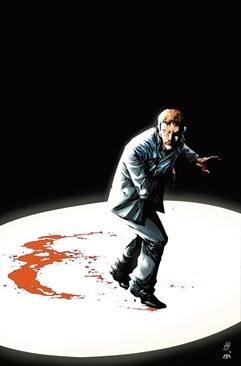 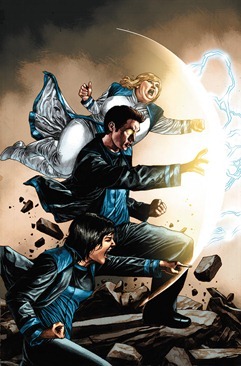 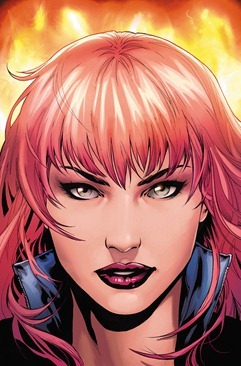