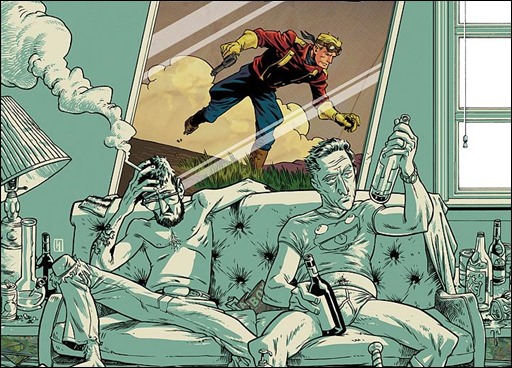 On June 3rd, 2015, Image Comics is releasing Airboy #1 by writer James Robinson and artist Greg Hinkle – and it’s not like any Airboy series you’ve seen before!

Bestselling writer James Robinson (Starman, Fantastic Four) and artist Greg Hinkle are hired to write a reboot of the 1940s action hero Airboy, but what better way to seek a little creative inspiration than a night of debauchery? Robinson and Hinkle team up to star in this metafiction about two comic book creators gone wild in the new series AIRBOY.

In AIRBOY, Robinson’s reluctant to do yet another Golden Age reboot and he’s worried about his stagnant career, ailing marriage, and all-around doldrum life. But that’s nothing a stiff drink can’t fix! Enter artist Greg Hinkle and a night of partying that has to be seen to be believed. Even Airboy himself will have his work cut out for him if he plans to get the two comic book creators in-line and back on the straight and narrow! Could this task be too much for hero?

“This is me trying something I would never have had the balls to do in the past. Namely, I’m combining the sad details of my real life at a recent much darker time, and having those revelations combined into a stew with gross exaggeration and comic book action fantasy,” said Robinson. “If you like semi-autobiographical drama, combined with drugs, alcohol, flagrant promiscuity, air fighters in two-fisted battle action and myself and artist Greg Hinkle doing full-frontal nudity… then this is the comic you’ve been waiting for. It’s been a blast to write and very cathartic and I hope everyone enjoys seeing a different side to me.”

AIRBOY #1 hits shelves on June 3 and can be ordered with Diamond Code APR150494. 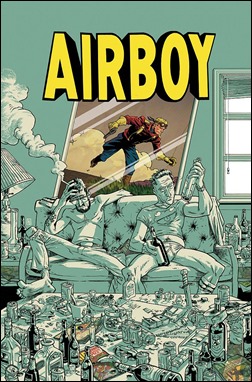 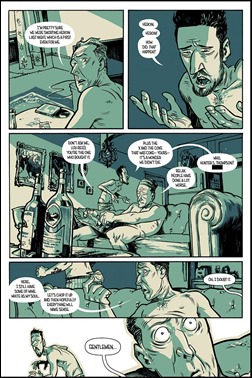 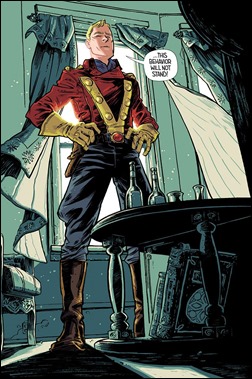 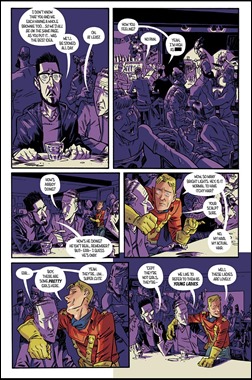