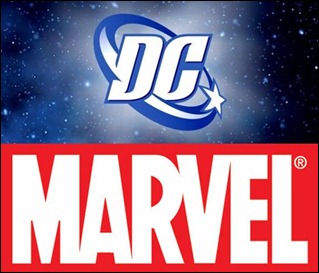 Recently I was having a conversation with a friend who had read comics years ago, but hasn’t picked one up in a long time. We had just come from a local comic shop where I picked up a few books I was missing and told me that he was overwhelmed by the amount of titles that were being published and didn’t know what to buy. He likes the X-Men, but there are too many X-Men titles to choose from, and on top of that, he didn’t want to get anything that was in the middle of a storyline. Having to pick up #1-10 of a series that was on issue #11 wasn’t what he wanted either.

This is one of the hurdles that the industry has to overcome. Only through the efforts of publishers, retailers, and fans, can this be accomplished effectively.

One problem with the marketing strategy of the Big Two (Marvel & DC) publishers is their reliance on restarting a series in order to increase sales. Surely it will increase short term sales because people love to get in on a ‘first’ issue of a series, but that ‘first issue,’ more often than not, is just a different storyline that could have been continued in the previous title.

You don’t always have to change the numbering when something drastic happens, just indicate it on the cover and make sure your audience is aware. If this ideology of “Number One’s always sell well” becomes the status quo, why would we ever need a series to go more than 15 issues, or 20, or 25? Do we need 10 different Flash #1’s or 15 different Wolverine #1’s? No. Lately, though, it seems like we’re moving in that direction. Does every change to a new creative team require a restart of a current series? Does a major change to a character need to have the series cancelled and retitled? I hope the answer to those, and similar questions, is no.

Recently I’ve been thinking back to the days of when I started collecting comics. I wasn’t just collecting them, I was reading just about everything that I could afford to get my hands on. This would be roughly around 1984 or so.

I would go out to my local bookstore to get my comics off the rack. Even though this store carried just about all the issues published by Marvel and DC at the time, they were all jammed together in a makeshift rack at the front of the store. This rack had several different levels but they were close together, which made pulling out a comic, without bending the spine in multiple places, a very tricky affair.

That didn’t matter, because not only did this store carry a lot of titles, they also carried Marvel Trade paperbacks and Graphic Novels. All along the front of the store.

Read moreComics in the mid-1980’s and now 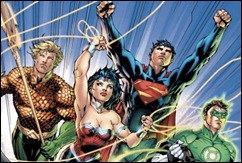 Today, DC Comics made a big announcement about the future of the DC Universe and they way they publish their digital comics. In it are three major changes that affect the comics industry. The first being the complete overhaul and restart of the DC Universe and all the characters contained within it. Second, the renumbering of ALL of their published DC Universe titles to #1. Third, and most important to the publishing industry

For those of you who run Windows on their PC and either read and/or maintain a collection of eComics, there is one program that I HIGHLY recommend – ComicRack! It’s easily the best eComics reader / organizer that I have ever used.  Not only can you read and maintain your collection of eComics with it, …