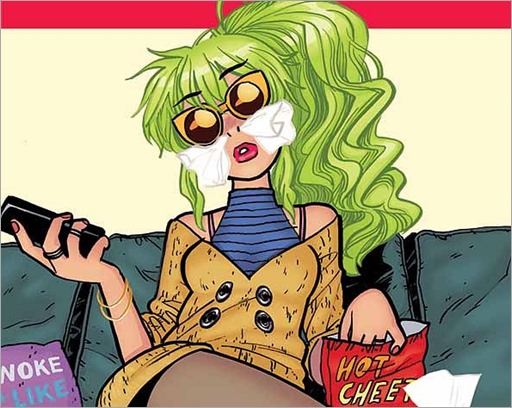 The Image Expo announcement that drips style and vibrancy

In SNOTGIRL #1, readers will meet Lottie Person. Lottie’s a gorgeous, fun-loving social media star with a seemingly perfect life—but deep-down is she really just a gross, allergy-ridden mess? Enter a world of snot, blood, and tears in this new ongoing series.

“Lottie Person is an extreme example of someone whose online persona is a calculated performance. She’s gorgeous, she has great hair and clothes, she has the perfect apartment in downtown Los Angeles,” said O’Malley of the main character in a recent interview in Image+ Magazine. “By all appearances she’s flawless, but she’s an introverted weirdo on the inside.”

Hung incorporated current brands and fashion elements into the story and said of her art strategy: “It was important to pay attention to brands, but also to the people who wear those brands in day-to-day life… All the characters kind of have their own thing going on, but as events unfold, I hope people are able to see when things start to shift, and I’m definitely letting the situations dictate the details.” 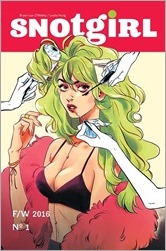 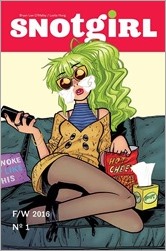 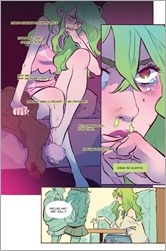 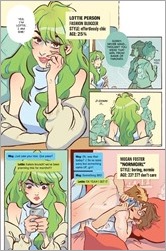 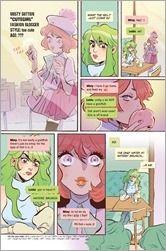 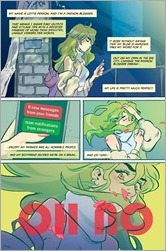 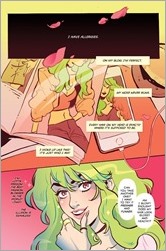