Here are the Batman group solicitations for March 2012 courtesy of DC Comics. 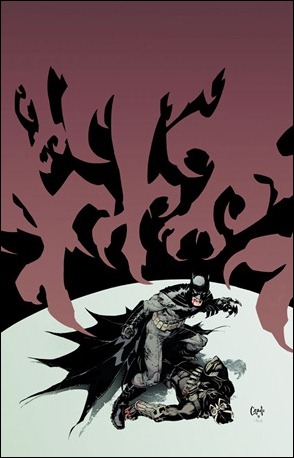 Batman may have survived the Court of Owls’ first strike (barely), but even as he recuperates, the Court is preparing to launch its most deadly and sweeping attack yet. Plus: The secrets revealed in this issue will change Batman’s world forever! You won’t want to miss the issue everyone will be talking about!
This issue is also offered as a special combo pack edition, polybagged with a redemption code for a digital download of this issue.

Here are the Green Lantern group solicitations for March 2012 courtesy of DC Comics. 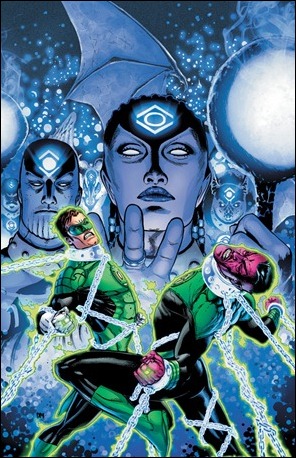 “The Secret of the Indigo Tribe,” part 1! The GL team of Hal Jordan and Sinestro must investigate a crime that leads them to the Indigo homeworld in deep space. And what they find there will not only shock them, but also change the way you look at Lantern lore!

Here are the The Dark group solicitations for March 2012 courtesy of DC Comics. 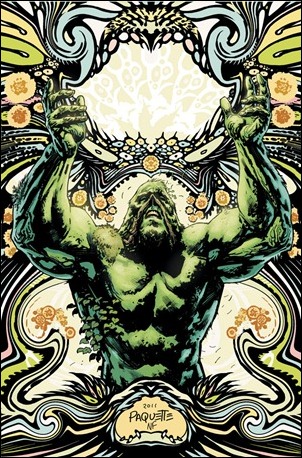 Moss fills lungs. Leaves scrape across skin and wood against bone. A Swamp Thing is rising in The Green’s hour of darkest need…but is Alec Holland a part of it? Or is he just bleeding out in a ditch? And as Alec falls, a horrible champion is taking the throne of the Bone Kingdom at Sethe’s right hand!

Here are the The Edge group solicitations for March 2012 courtesy of DC Comics. 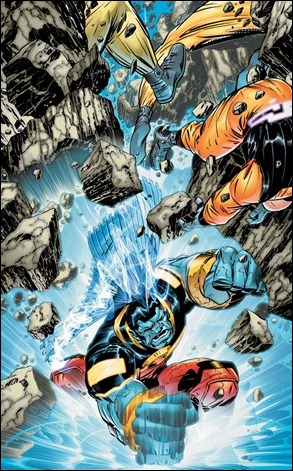 Kevin Kho wakes to find himself trapped inside the Toledo Zoo and unable to “Omactivate”! But things turn really weird when he discovers the animals can talk – and they all live in fear of the horrific taskmaster known as Warden Gaym. Now Kevin’s only hope to escape is to go through the place the terrified animals call “The Evil Factory.”

Here are the Young Justice group solicitations for March 2012 courtesy of DC Comics. 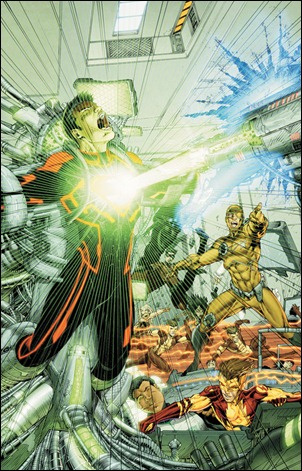 Are the Teen Titans ready to stage an assault on N.O.W.H.E.R.E.? No way! But as Red Robin explains to the rest of his team, they’ll have to rally to save the Superboy from certain death. And through all of this, only Solstice learns a secret Red Robin has been hiding that could tear the team apart just as they have finally come together!