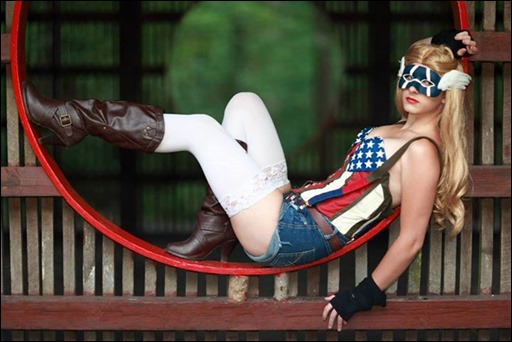 Relatively new to cosplaying, Sparky Cosplay has created many costumes over the three years she’s been enjoying the hobby. Not only does she have fun with portraying her favorite characters in public, she also does commission work for other cosplayers who share her interests.

We caught up with this amazing cosplayer from Alabama to find out more about her work and interests in cosplaying and nerdy things in general.

When did you begin cosplaying and what gave you the desire to keep doing it?

I started cosplaying in 2011. Some friends told me I looked similar to a character and that I should really look into cosplay. So I went to KamiCon in Alabama. I had the time of my life. The desire to keep doing it comes from so many different areas. However, the most important to me is that I cosplay for fun. I have a lot of passion for cosplay. From the concept to the final product, it’s just something I enjoy doing. 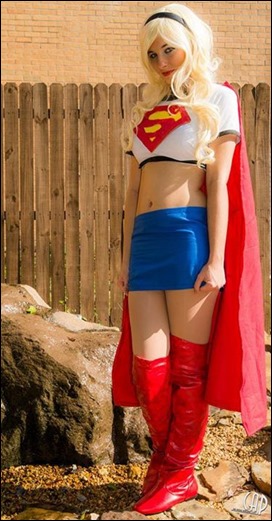 Do you do a lot of commission work along with creating your own costumes?

I have done some commission work in the past. I enjoy it every once in a while!

Do you do a lot of modeling work aside from your cosplay and which came first?

I do like to model aside from cosplay. I had done a few things before cosplay, but, I love…LOVE cosplay modeling. As in you put on the costume and go to a location or studio. It really helps you portray the character. 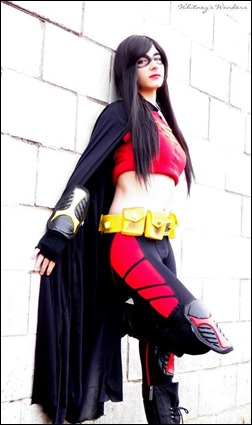 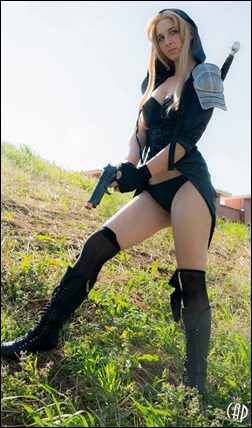 Do you play video games or read comics, and which are some of your favorites?

I do! I try to keep myself a well-rounded nerd. I love comics, games, anime, manga, and other nerd cultures. Some of my favorite comics are Wonder Woman, who I grew up with, X-Men, and Deadpool. As far as games, I tend to me a JRPG or Hack and Slash kinda gal. Though, I did start on the original Mortal Kombat. 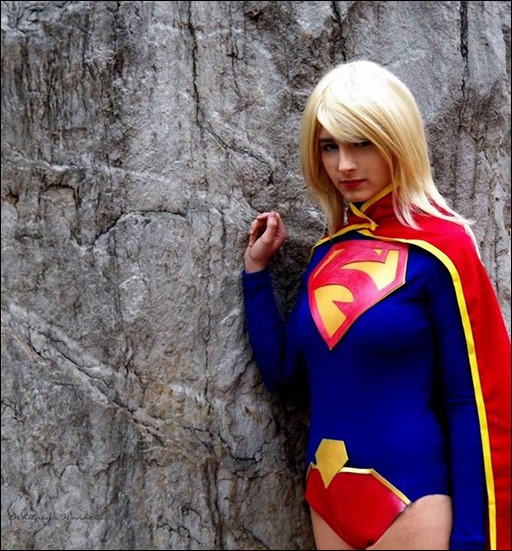 Did you consider yourself a nerd or geek while growing up, and do you do so now?

I did! But I was more of a closet nerd. I watched anime and read comics, but I wasn’t sure how to express my love and appreciation. But I found it in cosplay! 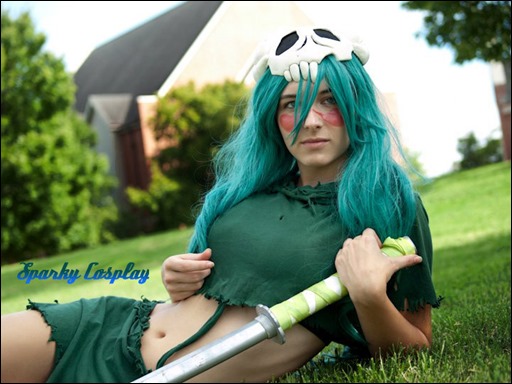 At first they though it was odd. But now that they understand the doors it can open and the love I have for it, they support me all the way! I have to say I have some great friends. 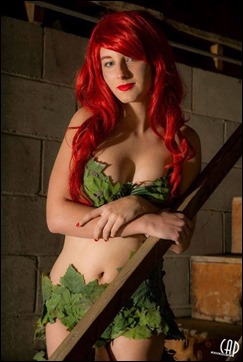 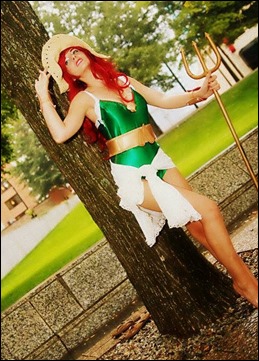 My biggest motivation is to keep improving. To strive for the highest. There is always a chance to get better and learn new things. 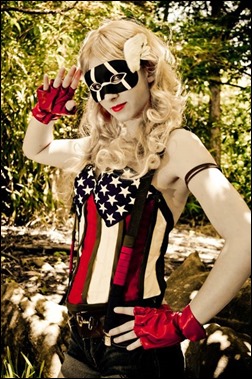 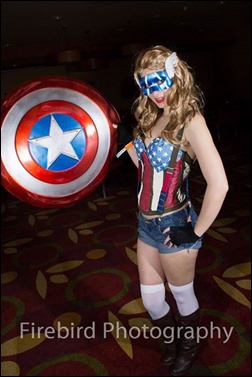 Do you attend a lot of Cons and do you have any favorites?

I try to attend as many cons as possible within a convention budget. Some of my personal favorites are KamiCon, Anime Weekend Atlanta, and DragonCon. 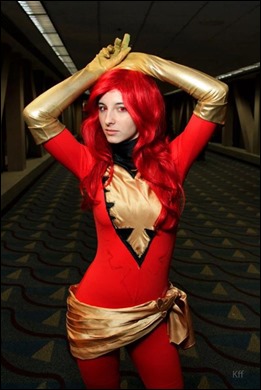 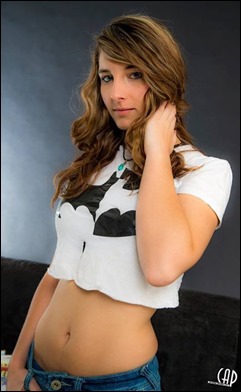 One of the best memories to me was at Free Comic Book Day this year. I was dressed as Super Girl from the New 52 comics. She walked up to me and told me that I was her hero. She really thought I was this character. I played along and she asked me to say hello to Superman for her. Things like that make cosplay for me. When you light up a small child’s day. 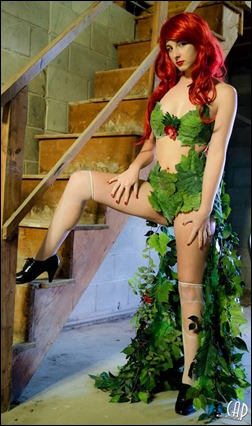 Haha, yes I have. I think that everyone has. 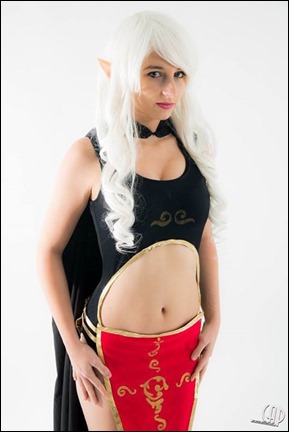 What do you feel about those who claim some women ‘over-sexualize’ their cosplaying?

I think that cosplay is an art form. And that in art there are many means of expression. Who are we to say what is and isn’t art? I will agree, some things I see at conventions I would never wear, but who am I to judge people? I’m not, and I don’t think anyone else has that right either…well, unless you are a judge in a cosplay contest. Then you kind of have to. 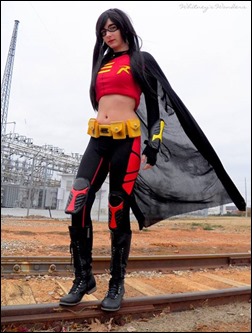 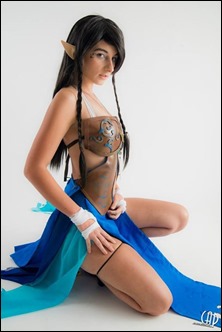 How do you find the time to create your costumes and do all the other things you enjoy?

Well, before my current job, it was done on my free days and when I had the time. But now, I work for a production company as Costume Director. So I get to choose my own hours! More cosplay time!!!! 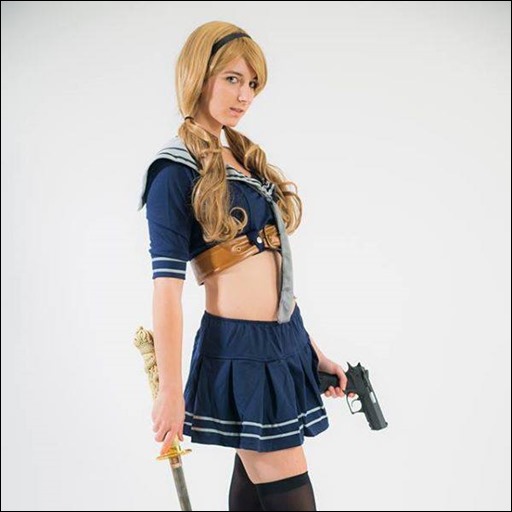 Oh yes. There are many that I admire for many different reasons. A Georgia cosplayer named, Beautiful Syn does some amazing work. Her craftsmanship is flawless and she strives for accuracy. I am also a fan of Jessica Nigri. Even though her costumes can be on the more sexy side, she is very talented and loves her followers. I could keep going but the list would be pretty long. 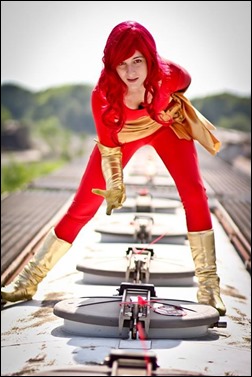 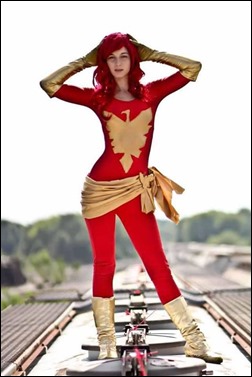 What do you feel about how cosplaying is quickly becoming much more mainstream?

I love it! The more the merrier!!!

Don’t be afraid to ask for help! Also…buy things in bulk it you can! 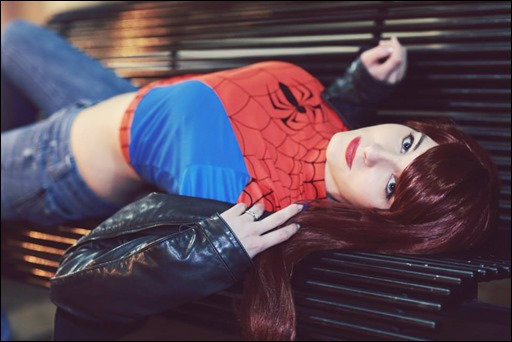 Is there anything you’d do differently looking back on your work?

Here and there yes. Especially before I had a sewing machine. I was afraid to ask for help. 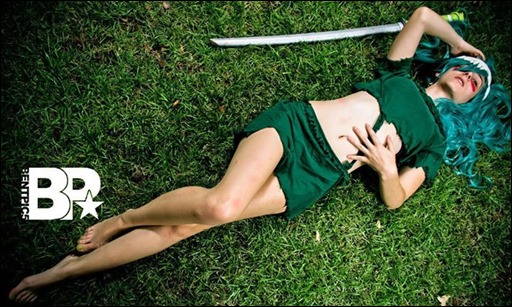 As of right now, I am working with the production company, Callisto Productions LLC., making and creating costumes for them. So that is taking up a lot of time. But, I have cosplays and conventions planned for next year and it is fixing to be time to work on my own stuff! 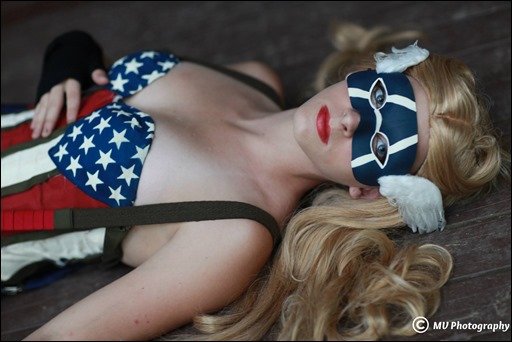 Thank you Sparky and we wish you the best on your career and hobby!

Share your thoughts about Sparky Cosplay and her work in our comments section below!