Spider-Girl vs. INHUMANITY! Your First Look at AVENGERS ASSEMBLE #21! 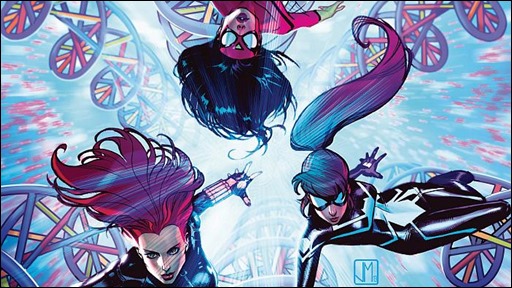 Marvel is pleased to present your first look at Avengers Assemble #21, a tie-in to INHUMANITY! From the blockbuster creative team of Kelly-Sue DeConnick and Matteo Buffagni! After the cataclysmic events of INFINITY, countless new Inhumans are emerging. What if these new super-powered beings fell into the wrong hands? Someone is abducting these powerful weapons before they hatch – and it’s up to Spider-Girl to find out who! And she’s bringing a star-studded cast of Marvel’s Mightiest along for the ride.

“While no stranger to the hero game, Spider-Girl is about to enter a whole new league of super antics, the likes of which include (but are not limited to!) Iron Man, the Hulk, and Spider-Woman,” says Editor Lauren Sankovitch. “When a team of *personalities* like the Avengers take it upon themselves to ‘mentor’ Spider-Girl, what could *possibly* go wrong?”

Marvel is pleased to present your first look at Avengers Assemble #7 from the blockbuster creative team of Brian Michael Bendis and Mark Bagley!

Thanos Reigns Supreme in THANOS: THE FINAL THREAT #1 and THANOS QUEST #1 – Out This September! 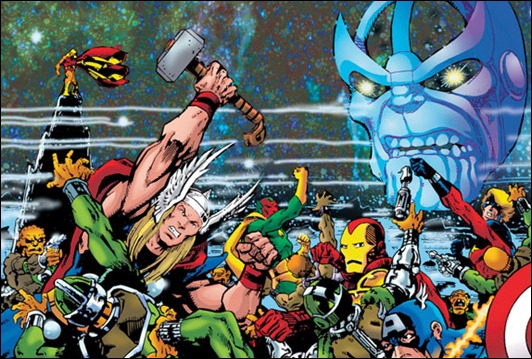 He’s the most talked about villain of the year,  and this fall Marvel is bringing fans everything you need to know about Thanos in Thanos: The Final Threat #1 and Thanos Quest #1!

From creator Jim Starlin, Thanos: The Final Threat #1 follows the Mad Eternal as he gathers the cosmic Infinity Gems in a bid for interplanetary power! Can even the combined might of the Avengers, Captain Marvel, Spider-Man, and others stand up to Thanos might?