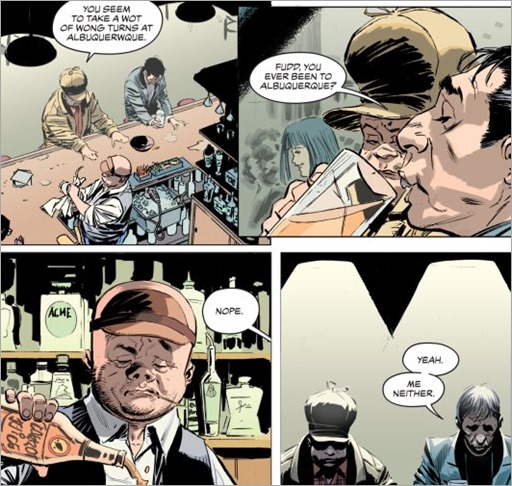 Here’s a preview of Minimum Wage Volume One: Focus On The Strange by writer and artist Bob Fingerman, on sale October 8th, 2014 in comic book stores and October 21st, 2014 in bookstores, from Image Comics.

After a nearly 15-year hiatus, Bob Fingerman’s edgy, critically-acclaimed series MINIMUM WAGE has returned! The place: Brooklyn, before it was a hipster Mecca. The protagonist: Rob, a 25-year-old, recently divorced cartoonist. The problem: How the hell do you get back on the dating horse when you’ve split from the woman you thought was the love of your life, moved back in with your mom, and you — gasp! — are trading in your indie cred to draw superheroes for a living? 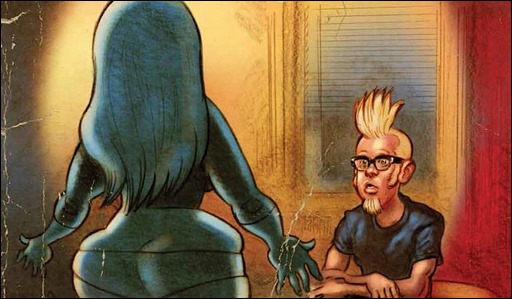 What do smutty outgoing messages, missing monster kit parts, and condoms have to do with each other? They’re all pieces of Rob’s jigsaw puzzle life in the second monthly issue of BOB FINGERMAN’s so-real-it-hurts series. Plus, things heat up between Rob and his new gal pal, May. Tune in!