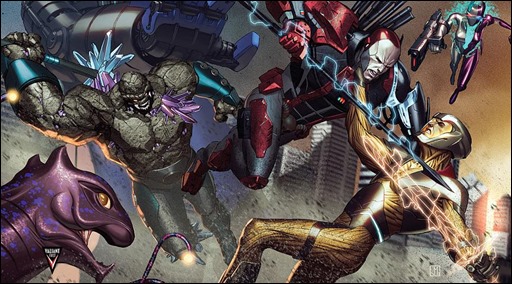 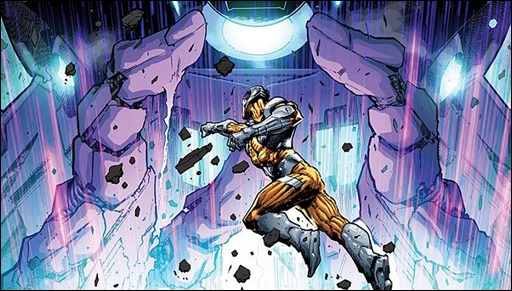 On June 11th, Earth will be the greatest hunt of all!

Valiant is proud to present an advance preview of ARMOR HUNTERS #1 (of 4) – the FIRST ISSUE of Valiant’s action-packed summer crossover event by New York Times best-selling writer Robert Venditti (X-O Manowar, Green Lantern) and superstar artist Doug Braithwaite (Unity, Justice)! Featuring an armor-plated, wraparound Chromium cover by red-hot artist Jorge Molina (X-Men), this is the best chance yet to jump into the world of Valiant’s chart-topping heroes – just as X-O Manowar goes to head-to-head with a team of hardened hunter-killers with a closely guarded link to the very origins of his armor. 20 years ago Valiant Comics introduced the first Chromium comic book cover, now as part of the massive 18 part Armor Hunters event, they’re bringing it back; this time it’s not one, but FIVE Chromium covers.