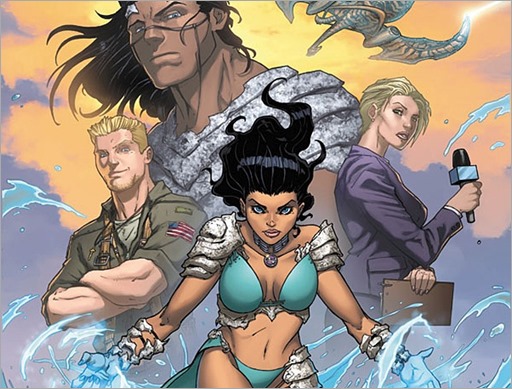 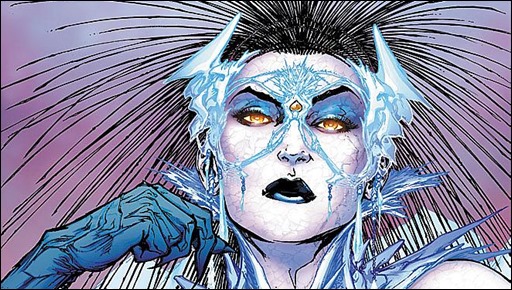 A new direction in the FATHOM Universe begins!

Aspen Matthews attempts to return to a normal life with her fellow humans
after turning down the Blue’s pleas for help. However, the ice queen Vana
and her deadly minions step up their machinations with a devastating attack
on the surface world. Yet, the biggest surprise may be the return of one of
Fathom’s most instrumental characters–and someone that shares a painful
past with Aspen!

Writer David Wohl, artist Alex Konat and colorist Beth Sotelo team up once
again to bring you the latest adventures of Michael Turner¹s most beloved
creation!

I can’t say I was terribly excited by this read but I have to say I may be the wrong age for it. I found it to have a very Saturday morning cartoons feeling, but with a little more violence. This may, in fact, be a perfect read for someone in the 10 – 14 age range. But even with that in mind, I feel that young people today may be exposed to more complex and interesting characters. By the end of issue 2 I was still waiting to see how these characters stood out as something a little different.

Aspen is planning to celebrate the publisher’s tenth anniversary this February in a big way, with their largest offering of new titles in their history. 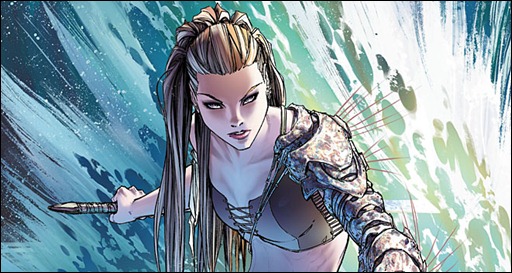 We present a preview of Fathom: Kiani (vol. 2) #4, by Vince Hernandez, Oliver Nome, and John Starr, from our friends at Aspen Comics. 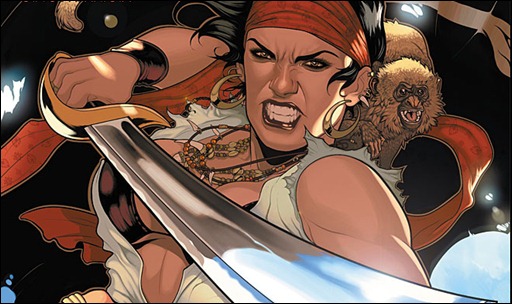 Sophora’s journey continues! Executive Assistant Sophora has learned that to be a pirate in this day and age means trusting no one! The pulse-pounding “Lost at Sea” story arc reaches its thrilling conclusion, as Sophora, along with her secret lover Landon, must attempt to escape the maniacal Tinkoté’s deadly deep ocean ambush on the Sea Voyager at all costs. However, the solution to her problem may just be the toughest choice Sophora will ever have to make! 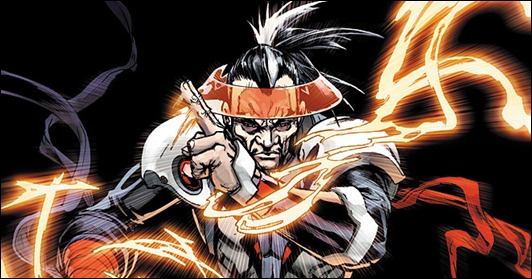 Here is a four page preview of Soulfire: Power #1, written by David Wohl and illustrated by Khary Randolph & Nacho Arranz, from Aspen Comics.