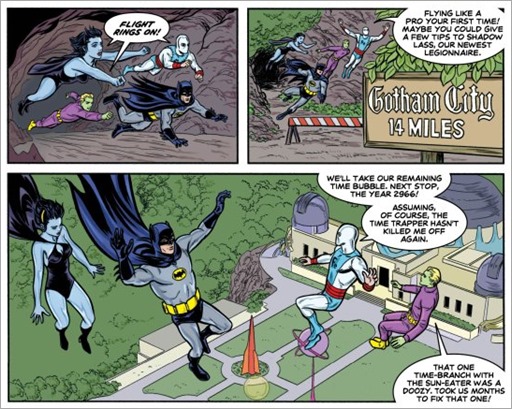 Here’s a short preview of Batman ‘66 Meets Legion of Super-Heroes #1 by Lee Allred and Mike Allred, on sale July 19th, 2017 from DC Comics. 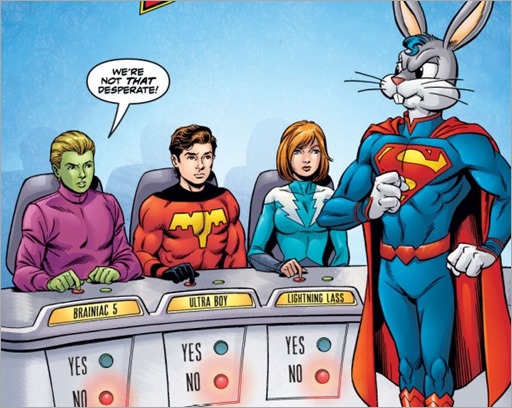 Here’s a preview of Legion of Super-Heroes/Bugs Bunny Special #1 by Sam Humphries, Scott Hanna, & Tom Grummett, with a backup story by Juan Ortiz, on sale June 14th, 2017 from DC Comics.

Written by TONY BEDARD
Art and cover by IG GUARA and J.P. MAYER

• Blue Beetle fights for his life on Reachworld!

• If the Reach wasn’t dangerous enough, Blue Beetle encounters a new ally who might prove to be more trouble than he’s worth! 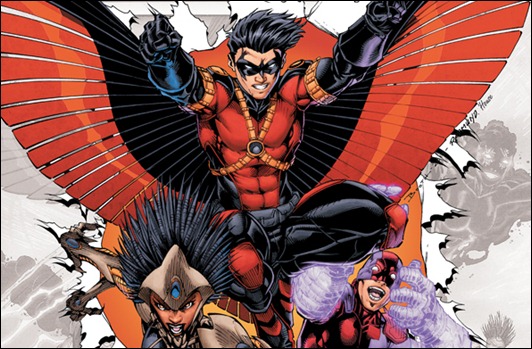 • Where was the Scarab before it merged with the current Blue Beetle, Jaime Reyes? 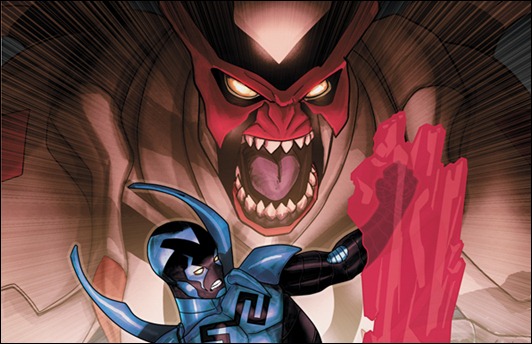 • Betrayal, revelations, blood, and DEATH come to the group as some find themselves powerless to the seductive charms and horrific powers of BROTHER BLOOD.

• RIDGE is prepared as a blood sacrifice to indoctrinate the newest members of Brother Blood’s cult.

• NOT everyone will survive this fatal encounter.

Here are the Young Justice Group solicitations for July 2012 courtesy of DC Comics.

• BROTHER BLOOD is here to destroy your heroes!
• BEAST BOY and TERRA continue to feel the ramifications of THE CULLING!

Here are the Young Justice group solicitations for June 2012 courtesy of DC Comics. 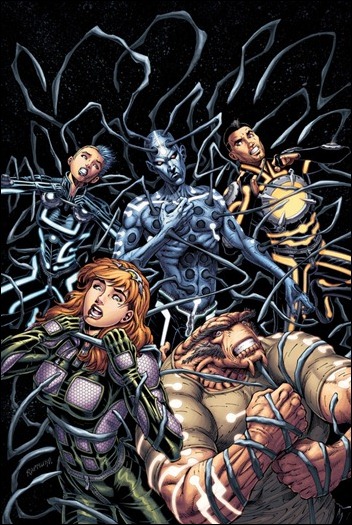 • Starring FAIRCHILD, THUNDER, LIGHTNING, RIDGE, BEAST BOY and TERRA!
• Trying to hide in the “real world” while on the run from N.O.W.H.E.R.E. and its agents proves difficult for teen metas who stand out in a crowd!
• If they’re going to survive, these young heroes had better be ready to fight! 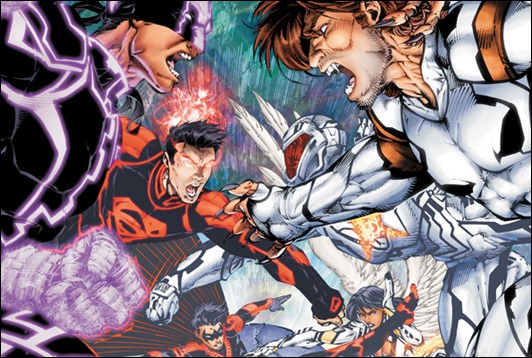 These are the Young Justice group solicitations for May 2012 courtesy of DC Comics. 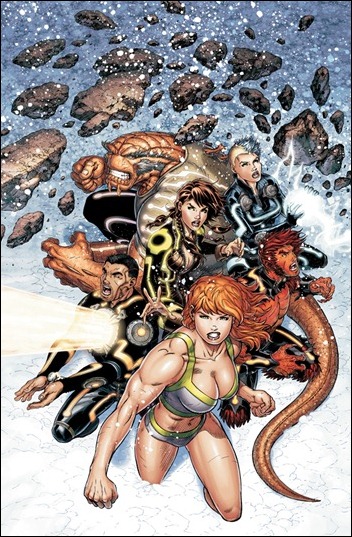 • First issue of a new series spinning directly out of “THE CULLING!”
• FAIRCHILD, brother and sister THUNDER and LIGHTNING, the monstrous RIDGE, BEAST BOY and TERRA are being pursued by ROSE WILSON and WARBLADE, who want them dead at any cost!
• No one’s survival is certain each month in THE RAVAGERS! 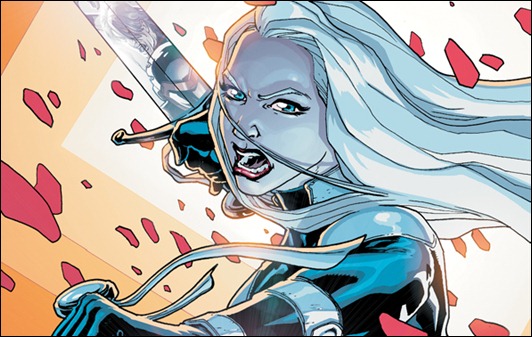 These are the Young Justice group solicitations for April 2012 courtesy of DC Comics. 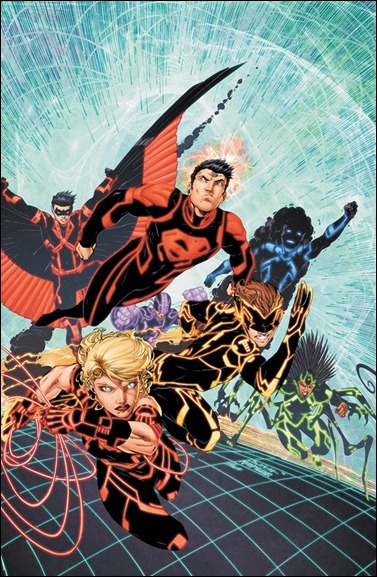 In the aftermath of the Teen Titans’ assault on N.O.W.H.E.R.E.’s headquarters, there’s no time to celebrate because Wonder Girl is missing! Red Robin desperately tries to find her, but he’s got his hands full, as Superboy has announced his decision to lead the team, Solstice is still dealing with the devastating revelations about her past and Kid Flash is getting glimpses of a dangerous future that he thinks he recognizes!