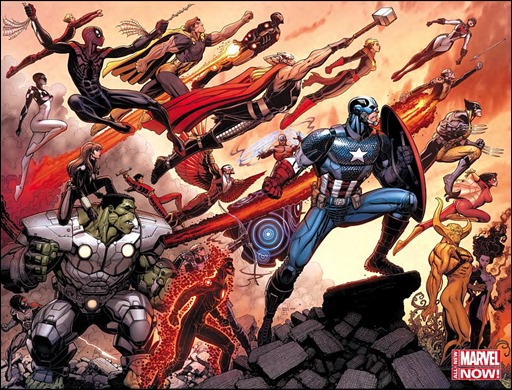 Here is a 4 page preview of Fantastic Four #1, by Matt Fraction & Mark Bagley, from Marvel Comics on sale November 14th, 2012.

Marvel is pleased to present your first look at Fantastic Four #1, kicking off the all-new ongoing series from the amazing creative team of writer Matt Fraction and artist Mark Bagley! Four adults. Two kids. One FantastiCar. NOW! Reed, Sue, Johnny, and Ben – along with Franklin and Valeria – begin their epic journey through all of infinite time and space! 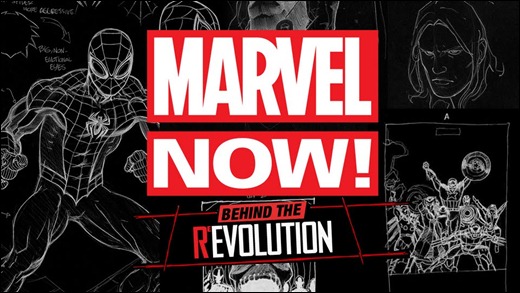 Get ready for a behind the scenes look at making comics like never before as Marvel and MTV Geek have once again joined forces to produce Marvel NOW!: Behind The ReEvolution! This all-new video series going behind the scenes of the year’s most anticipated comic book event grants fans unprecedented access into the Marvel offices, creative retreats, key planning meetings and creator studios! This new documentary from MTV Geek shows just how NOW! was developed by the brightest minds in comics. Each episode will debut exclusively on MTV.com beginning October 10.

Could The Superior Spider-Man
be Alien in origin?

Today, Ryan Stegman (@RyanStegman) tweeted out a link to his Tumblr page that showcases his cover art for “The Superior Spider-Man”.  I’m a big fan of Stegman’s work from his time on Scarlet Spider and think this is a perfect fit for him.

In an interview with writer Dan Slott, over at USA Today, Dan describes the new Peter Parker as darker and should no longer be considered a ‘friendly neighborhood’ Spider-Man.  To reiterate his point, the first story arc is titled: “Hero or Menace?” 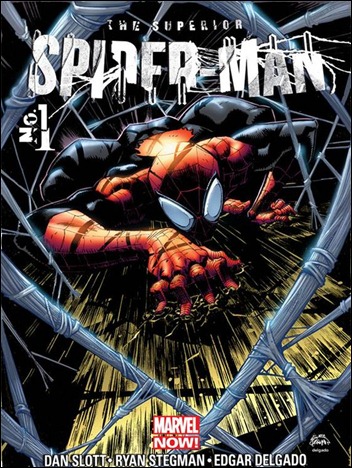 Marvel NOW! First Look At The Cover To UNCANNY AVENGERS #1! 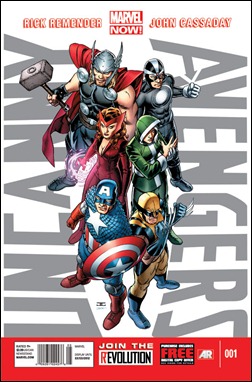 No fan can miss the blockbuster debut of an all-new Avengers team featuring members from all across the Marvel Universe…a team uniting Avenger and X-Man alike! But following the devastating events of Avengers VS X-Men, can Captain America pull together a team that can get along for its first mission?

Plus, Uncanny Avengers #1 is the first title to sport the all-new Marvel NOW! cover design!

The Future of Comics is Marvel NOW! 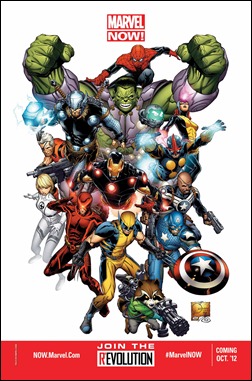 This Fall, the Marvel Universe heads in an exciting all-new direction, as the industry’s top creators join the top Super Heroes– Iron Man, Thor, Captain America, Hulk, Spider-Man, Wolverine and more– to deliver all-new ongoing series, each beginning with issue #1! Marvel NOW! is the culmination of Marvel ReEvolution, the groundbreaking new initiative to evolve the comic book experience through innovation.