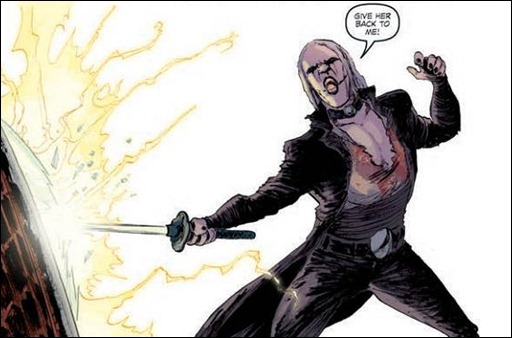 “There Are Many Hells.” The Crow in Tokyo. The Crow searching for the stolen soul of his lost love—the search taking him on a blood-red trail of vengeance. In order to set her free, the Crow must now do important things, like descend into the layered hell of Japanese Buddhist mythology. Then he must find the living body of his beloved… and kill it. The Crow’s return concludes in explosive fashion here! 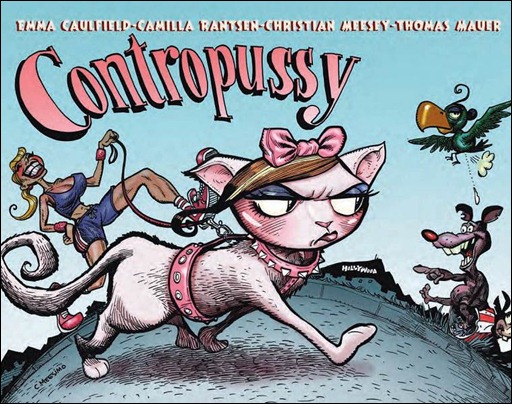 From Emma Caulfield, the popular actress who portrayed Anya on Joss Whedon’s Buffy the Vampire Slayer, and co-writer Camilla Rantsen, comes Contropussy, a story about a cat with a major itch to scratch. By day she is a mild mannered feline, but by night she comes alive, adventuring in the city, eventually finding herself a pawn in political schemes. 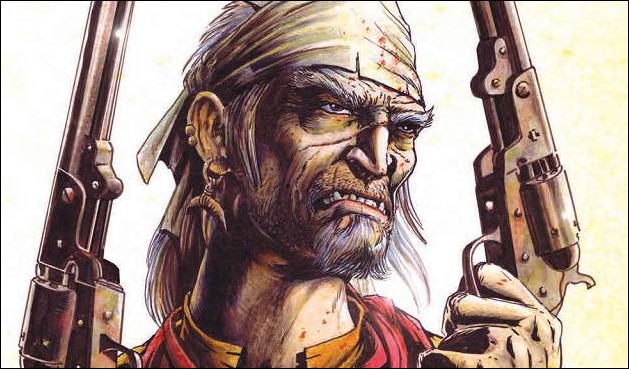 We present a preview of A Man Named Hawken, by Benjamin & Timothy Truman, on sale November 21st, 2012 from IDW Publishing.

Once there was an Old Man who rode a blind mule on The Road of Death.

Scalp-hunter, raider, killer-for- hire: Kit Hawken has been a bad man for most of his long life. Scalped, tortured, and left for dead by the mysterious order called The Ring, Hawken returns, seeking vengeance… aided by Shanghai Mary, a shrewd, opium dealing brothel manager… trailed by Sombre, the deformed, psychotic murderer who was once Kit Hawken’s protege… and surrounded by the ghosts of every person he’s ever killed! Are the phantoms real, or illusions from Hawken’s blood- soaked past? 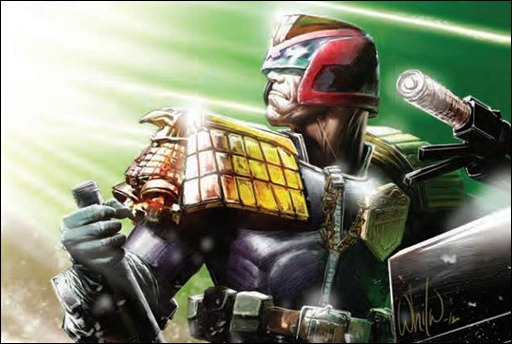 Here’s a look at several pages from Judge Dredd #1, by Duane Swierczynski & Nelson Daniel, on sale November 21st, 2012 from our friends at IDW Publishing.

In the 22nd century, crime runs rampant in Mega-City One, home to over 400 million citizens, robots, criminals and lunatics. The only line of defense between anarchy and chaos are… the Judges. And Judge Dredd is the toughest of them all. In this, Judge Dredd’s 35th anniversary year, IDW is proud to re-introduce Judge Dredd to America in this all-new ongoing series.

The Adventures of Augusta Wind #1 Preview 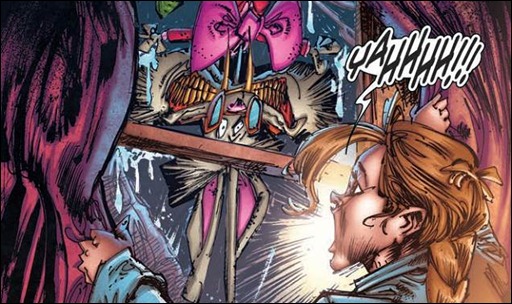 Here is your first look at The Adventures of Augusta Wind #1, by J.M. DeMatteis & Vassilis Gogtzilas, on sale November 21st, 2012 from IDW Publishing.

The Adventures of Augusta Wind #1 (of 5)

Augusta Webster thought she was an ordinary girl living an ordinary life in an ordinary town.  But that was before the Snabbit—half-snake/half-rabbit—arrived to turn Augusta’s world upside down and reveal that she’s anything but ordinary.  A new all-ages fantasy from J.M. DeMatteis, creator of Abadazad, with astonishing art by Vassilis Gogtizilas. 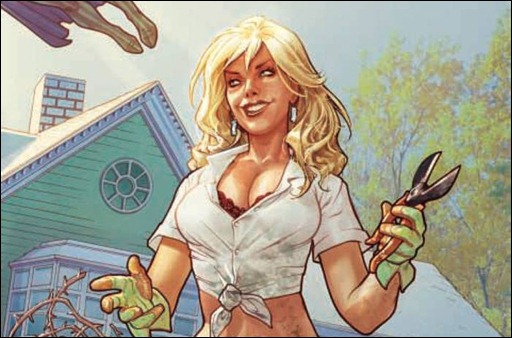 Here we have a 7 page preview of Supurbia #1, by Mark Waid & Ian Gibson, on sale November 21st, 2012 from our friends at BOOM! Studios. Grace Randolph’s Supurbia returns in this new ongoing series. 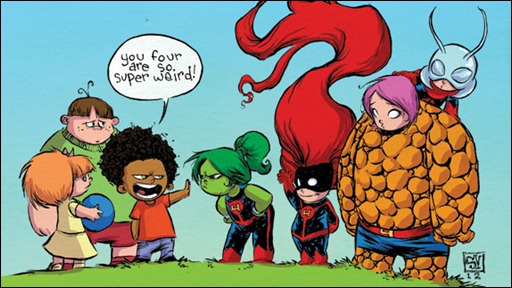 We present a sneak peek at FF #1, by Matt Fraction & Michael Allred, courtesy of Marvel Comics. FF #1 is available on Wednesday, November 28th, 2012.

Marvel is pleased to present your first look at FF #1, kicking off the all-new ongoing series from the blockbuster creative team of writer Matt Fraction and artist Michael Allred! With the Fantastic Four embarking on an epic journey, an all-new substitute Four, handpicked by original members – Ant-Man, She-Hulk, Medusa, and Miss Thing – stand ready to guard and protect Earth and the Future Foundation for four minutes! What could possibly go wrong?

We present a 5 page preview of Bloodshot #5, by Duane Swierczynski, Manuel Garcia, & Arturo Lozzi, courtesy of Valiant Comics. "The Rise & The Fall" storyline begins with Bloodshot #5 on November 14th and is a good jumping-on point for the series.

"The Rise & The Fall" starts here! Valiant is proud to present an advance preview of Bloodshot #5 – the FIRST ISSUE of an all-new arc by writer Duane Swierczynski and artists Manuel Garcia & Arturo Lozzi, and a perfect jumping-on point for the series at the brutal heart of the new Valiant Universe!

THE SURVIVAL OF SPECIES IN RETROVIRUS 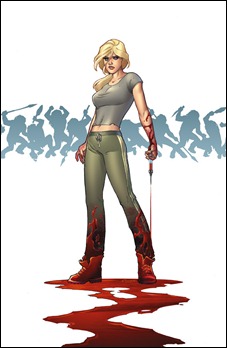 Dr. Zoe Wallace, the protagonist of Jimmy Palmiotti‘s and Justin Gray‘s new graphic novella RETROVIRUS, is one of the best in the field of viral evolution, a brilliant young scientist who attracts the attention of one of the world’s largest and most powerful bio-pharmaceutical corporations. Zoe doesn’t usually use her expertise for profit, but when Bio-Pharm gives her the chance to research a prehistoric virus, she can’t pass up the chance. However, once Zoe is in their Antarctic compound, face-to-face with a perfectly preserved Neanderthal, Bio-Pharm’s secrets may ensure that she never sees the outside world again.

And Zoe has a secret of her own—one that turns her research from theoretical to deeply personal.

We present a 6 page preview of Charismagic: The Death Princess #1, Vince Hernandez, Emilio Lopez, & Jocelyn Dunn, from our friends at Aspen Comics.

Publishing comics for a decade, Aspen Comics is celebrating their 10th Anniversary with the Aspen “10-for-10” Initiative. “For ten consecutive months starting this February, Aspen will be releasing an all-new title created by the publisher’s finest talents and featuring a reader-friendly approach that will introduce newcomers and experienced readers alike to the worlds of Aspen.” You can read more about it HERE!