Will the real Mr. J please stand up?

SPOILER ALERT: I might be slightly spoilerific here, so if you haven’t read the book yet, consider yourself warned.

It’s a little tough “reviewing” a book like Batman #13. With all the hype, everyone knows about it and is already discussing it. They’ve picked up the book and already formed their opinion of it. So… let’s call this little write up of mine less of a “review” and more of a “discussion”.

This October, one of the most notorious villains in comic book history is making his return to DC COMICS-THE NEW 52. In the new storyline, “Death of the Family,” The Joker will come out of the dark in a horrifying, unnerving, and huge way. And the grave consequences of his reemergence will be felt by not only the Bat-family, but by all of Gotham City.

Read moreThe Joker Returns in Batman #13 – “Death of the Family” 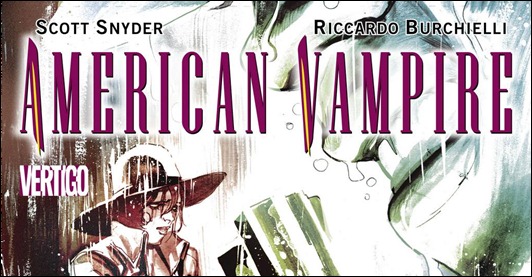 It’s the conclusion to “The Nocturnes” story arc! What has been festering in the town of Midway, Alabama and will Calvin Poole, a haunted man with secrets of his own, uncover it before it’s too late? AMERICAN VAMPIRE #27 is written by Scott Snyder and features art by Riccardo Burchielli.

A CONSUMING FEAR IN SEVERED

Hardcover collection of horror series out on April 11

In 1916, twelve-year-old Jack Garron’s boxcar-hopping adventure turns into a flight from a ravenous, razor-toothed man who haunts the shadows. SEVERED

(FEB120457), the Image Comics series that captures all of our childhood fear, has been collected into a hardcover collection that will go on sale on April 11.

Eisner-Award-winner Scott Snyder (American Vampire) and Scott Tuft weave a tale that conjures up what they describe as "the deep fright that you have as a kid, the kind that takes your breath away, makes your spine tingle… A primal fear." 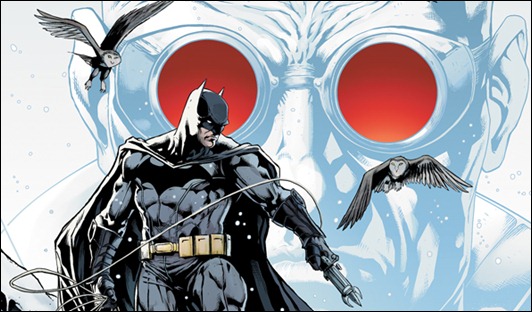 Coming this May, BATMAN ANNUAL #1 features the hotly anticipated introduction of Mr. Freeze into DC COMICS-THE NEW 52. But what is the icy villain’s role in the machinations of the sinister Court of Owls and their plot to control Gotham City? Is he friend or foe, ally or enemy?

“Mr. Freeze is a character full of pathos and tragedy and at the end of the day, he’s one of Batman’s deadliest,” said writer Scott Snyder. “So as you can imagine, I’m very excited to be able to do a story that establishes him in the new DCU, with rising stars James Tynion IV and Jay Fabok. This will be tale that really digs into Freeze’s psyche, explaining his connection to the Court of Owls in the present, and exploring dark secrets about his past. Really thrilled to see what you guys think!” 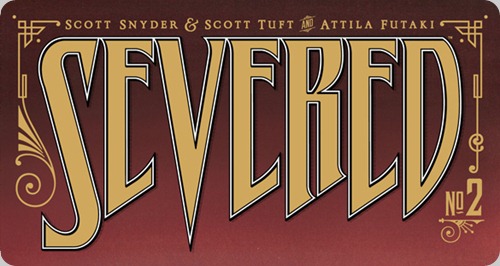 This seven issue horror mini-series is mostly set in 1916, follows Jack Garron, a 12-year-old who has left home in search of his father, a wayward minstrel. Jack soon finds out that out on the roads and rails of early 20th century America, nothing goes wasted. 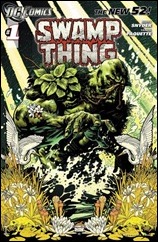 Scott Snyder is no stranger to horror stories; he’s won an Eisner and a Harvey Award for his work on DC’s American Vampire and his current work also includes Image’s Severed miniseries. So it seems fitting that he’d be chosen to take on a character who was first introduced in the horror anthology title House of Secrets.

Created by Len Wein and Bernie Wrightson, the character was conceived as Alec Holland mutating into Swamp Thing after being dowsed by an experimental formula and being burned alive. When Alan Moore reinvented Swamp Thing in the 1980’s, he explained that Swamp Thing was an elemental entity that absorbed Holland’s memories and personality upon death. Therefore removing all human aspects from the creature and, in essence, making him an elemental god as it were.