THE START OF AN EPIC SAGA SELLS OUT

SAGA #1 gets a second printing 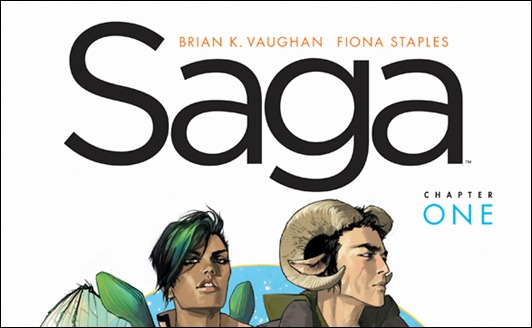 It’s not surprising that with all the buzz surrounding this series, that the first issue would sell out before its release date. I’m expecting a few subsequent issues to do the same.

If you haven’t pre-ordered this series or were on the fence, I suggest you go down to your LCS on Wednesday March 14th and pick up a copy before they are all out of first printings. Better yet, give them a call and they’ll put it aside for you.

The first issue of SAGA, the new series from Image Comics by Brian K. Vaughan and Fiona Staples, has sold out of its first printing ahead of its March 14th release date. The new science fiction series, which marks Vaughan’s return to comics after the end of Ex Machina in 2010 and the highest profile work Staples has done to date, has been widely anticpated since its announcement at the 2011 Comic-Con International convention.