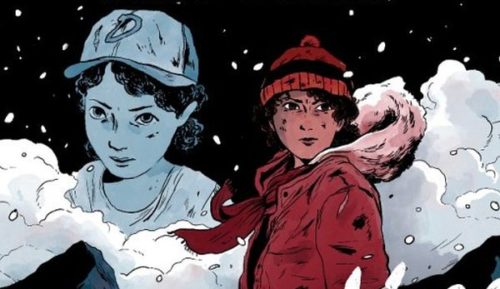 In 1804, Captain Meriwether Lewis and Second Lieutenant William Clark set out on an expedition to explore the uncharted American frontier. This is the story of what they discovered lurking in the wilds…

Skybound’s newest original series unveils the monsters of the western frontier in the adventure of a lifetime by writer CHRIS DINGESS (Being Human) and up-and-coming artist MATTHEW ROBERTS. The miniseries that spun out of Robert Kirkman’s original INVINCIBLE universe, GUARDING THE GLOBE, will be back in September as an ongoing series from Skybound/Image Comics.