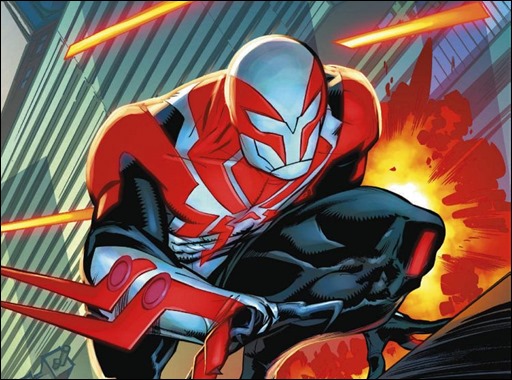 Here’s your first look at Spider-Man 2099 #1 by writer Peter David and artist Will Sliney, on sale October 14th, 2015 from Marvel Comics. 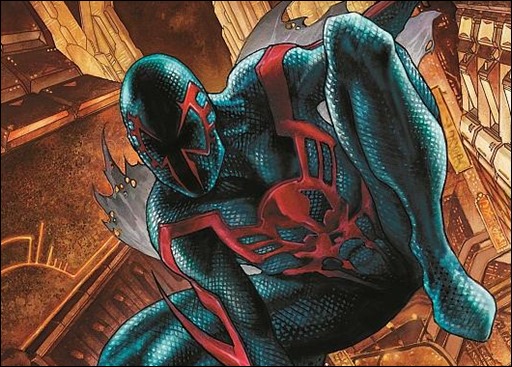 The Future is Now! Prepare Yourselves for SPIDER-MAN 2099 #1! 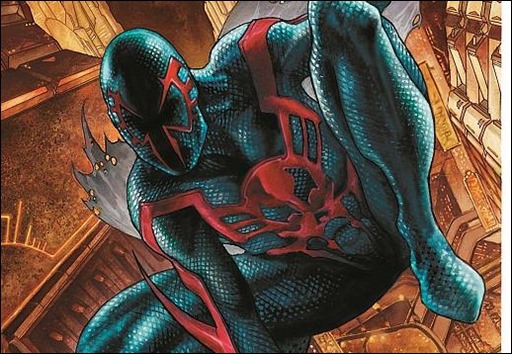 Spider-Man 2099 returns to Marvel Comics in July 2014 as an ongoing series written by Peter David and art from Will Sliney. The first issue will feature a cover by Simone Bianchi.

Get ready to party like it’s 2099, bitheads! Because YOU demanded it – Spider-Man 2099 is back and he’s here to stay in SPIDER-MAN 2099 #1! From the splintered fringes of time comes an all-new ongoing series from legendary Spider-Man 2099 creator Peter David (All-New X-Factor, Amazing Spider-Man) and fan-favorite artist Will Sliney (Fearless Defenders, Superior Spider-Man Team-Up)! 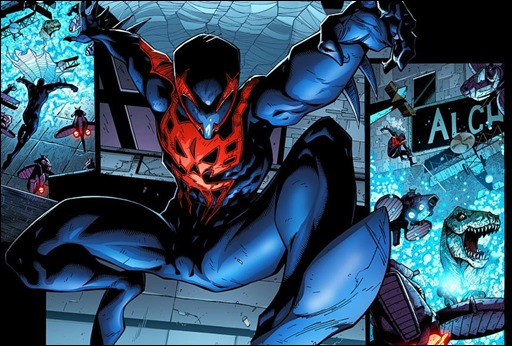 Because YOU demanded it, Spider-Man 2099 is back! From the splintered fringes of time, how has Miguel O’Hara arrived on a suicide mission that could forever change the Marvel Universe? The Superior Spider-Man wants answers—and he’s not going to ask for them nicely.

As the web-slingers come to Earth-shattering blows, the battle for the century starts now! But when the dust settles, will there still be a future worth fighting for? This September, history is rewritten in Superior Spider-Man #17!