VALIANT Reaps "WRATH OF THE ETERNAL WARRIOR" In ARCHER & ARMSTRONG #5

This December, there will be no escaping the "Wrath of the Eternal Warrior"! Valiant is proud to announce the return of the Eternal Warrior, the immortal master of war and weaponry, in Archer & Armstrong #5-8 — an all-new arc by New York Times best-selling author Fred Van Lente (Amazing Spider-Man) and red-hot artist Emanuela Lupacchino (X-Factor)!

The Fall Of The Foundation Begins In HARBINGER #4

Valiant is proud to present an advance preview of Harbinger #4, from New York Times best-selling author Joshua Dysart and Harvey Award-nominee Khari Evans! Teenage superhuman Peter Stanchek is about to prove that he’s the future of the humanity. Even if it means burning Toyo Harada’s Harbinger Foundation to a cinder.

Read morePreview: Harbinger #4 – The Fall of The Foundation Begins

Also, a preview of Shadowman #1 by Justin Jordan & Patrick Zircher!

Valiant is proud to announce the launch of "Renegades" in Harbinger #6 – the FIRST ISSUE of an all-new arc by New York Times best-selling author Joshua Dysart (Unknown Soldier) and artist Phil Briones (Sub-Mariner)! After the epic confrontation between Peter Stanchek and Toyo Harada, the Valiant Universe’s first team of heroes is going to make it their mission to dismantle the Harbinger Foundation brick by brick!

Valiant is proud to present an advance preview of Archer & Armstrong #2, the next of issue of critically acclaimed, smash hit series by New York Times best-selling creators Fred Van Lente and Clayton Henry! 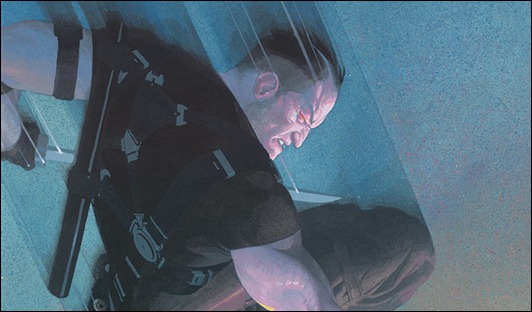 Here is a 6 page preview of Bloodshot #3 by Duane Swierczynski, Manuel Garcia, and Arturo Lozzi from Valiant Comics.

Valiant is proud to present an advance preview of Bloodshot #3, from acclaimed writer Duane Swierczynski and the blood-spattered artistic team of Manuel Garcia and Arturo Lozzi!

The series that laid the foundation for the "Summer of Valiant" is finally back in print! Valiant is proud to present an advance preview of Valiant Masters: Bloodshot Vol. 1 HC – Blood of the Machine – the first in an all-new line of deluxe hardcovers collecting classic stories of the original Valiant Universe! 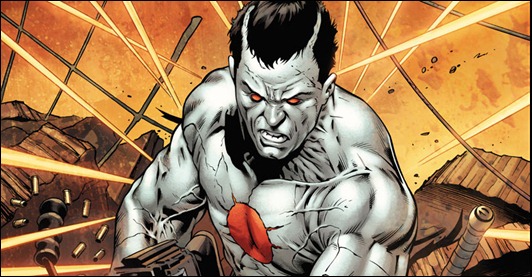 The next epic expansion of the Valiant Universe starts this November in a new ongoing series by comics superstar Patrick Zircher (Captain America, Thor: Ages of Thunder) and Harvey Award nominee Justin Jordan (The Strange Talent of Luther Strode, Team 7)!

Aja redesigned many of the characters for the publisher’s "Summer of Valiant" launch, including Archer & Armstrong, Bloodshot, and Harbinger’s own Peter Stanchek and Toyo Harada, while Djurdjevic was responsible for the the newly updated X-O Manowar. Now, Valiant is sharing their behind-the-scenes work for the first time in print with an exclusive month of variant covers for all four of its October titles!