Submit or Perish!
This Is The AGE OF ULTRON 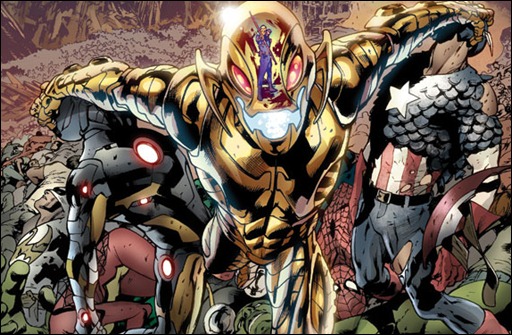 Here’s a first look at a few unlettered pages from Age of Ultron #1, by Brian Michael Bendis & Bryan Hitch, shipping in March 2013 from Marvel Comics.

The art looks fantastic on this book!

This March, enter the darkest days of the Marvel Universe as Earth’s Mightiest fight for survival in Age of Ultron #1 as they’re faced with only two choices—Submit Or Perish! From the blockbuster creative team of Brian Michael Bendis (All New X-Men, Avengers, Ultimate Comics Spider-Man), Bryan Hitch (Ultimates, Fantastic Four), Carlos Pacheco (Uncanny X-Men) & Brandon Peterson (AvX: VS) comes an event years in the making pitting the Marvel Universe against one of their greatest threats!

Ultron, a deadly sentient robot created by founding Avenger Hank Pym who turned on his creator to achieve his twisted  objective…the utter destruction of humanity. Now that Ultron has conquered, enslaving most of the world’s Super Heroes, it’s up to a small group of resistance fighters—including Invisible Woman, Taskmaster, Beast, Emma Frost, She-Hulk, Luke Cage, Spider-Man, Wolverine and Moon Knight—to find a way overcome darkness and bring hope back a world that has suddenly lost everything. Once this landmark ten-issue event concludes, the reverberations will be felt in every corner of the Marvel Universe, leaving no hero or villain unscathed.

“From the very first page, readers will see the unthinkable – Ultron has won,” said Axel Alonso, Editor In Chief, Marvel Entertainment. “In a world where we’ve learned to depend on technology to sustain us, what would happen if one villain found a way to turn it against us?  In order to survive, the world’s greatest super heroes will have to make drastic choices whose ramifications will be felt throughout the Marvel Universe.  This is a story so huge that we’re shipping the entire ten issue series from March through June so fans don’t have to wait more than a few weeks between issues.”

Earlier this  year on Free Comic Book Day, fans all over the world experienced Age of Ultron #0.1, a special lead-in to this event by Bendis and Hitch, that hinted at the plans Ultron has in store for the Marvel Universe.

“In the vein of Infinity Gauntlet, Secret Invasion and Civil War, Age of Ultron is a massive Marvel Universe-spanning Event,” explained Bendis. “One of our most famous villains, Ultron, the super artificial intelligence, has fulfilled his destiny and taken the Earth. This story touches every corner of the Marvel Universe and will have an amazing effect on things going forward. We have taken the time to do this right- everything is gorgeous, every page matters, and most of all- something I’m very proud of- is that it will be shipping at a furious pace. Every day for the last year and a half people have been asking me when this story will come and I’m thrilled to announce that it is here.”

Can the remaining heroes of the Marvel Universe scramble to find a glimmer of hope or some way to fight back. Scattered across the ruined Earth, they’ll have to journey to all corners and find a way to defeat the robotic revolution…no matter the cost. But do they realize that the cost of saving Earth might be their very souls? 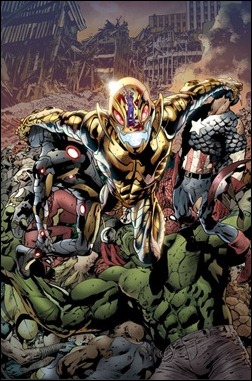 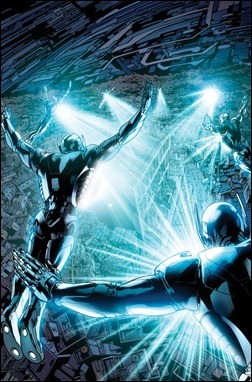 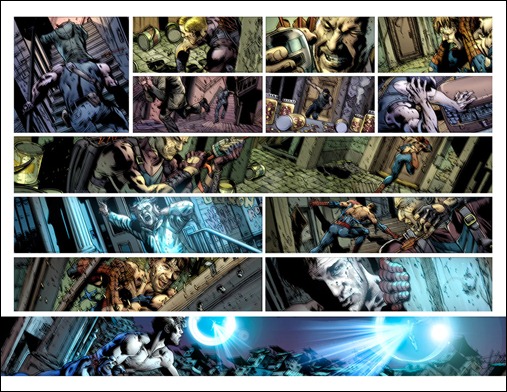 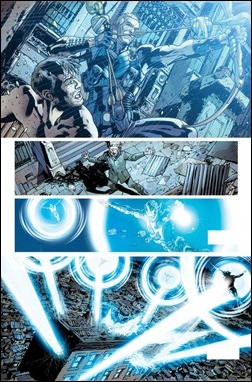 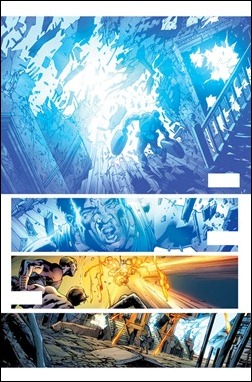 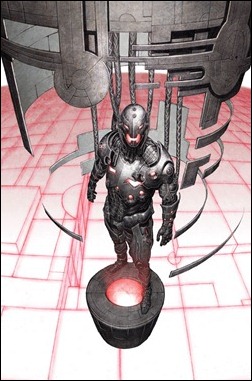