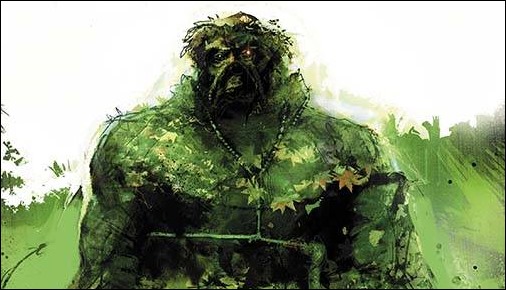 Here are The Dark Group solicitations for June 2013 courtesy of DC Comics.

The mysterious woman connected to the creation of the New 52 gets her own series! Pandora is on an action-packed, blood-soaked mission to hunt down the horrors she inadvertently unleashed upon the world. Can she save the DCU—and redeem herself in the process? A prequel to the upcoming “Trinity War”!

TRINITY OF SIN: THE PHANTOM STRANGER #9

The Phantom Stranger travels to Hell to save his family! But to do so, he must defeat a foe he never expected to see again!

“SPLINTER SPECIES” begins here as Buddy’s grief and increasing celebrity threaten to tear him apart. Plus, a major new antagonist is revealed!

It’s a typical day in the life of John Constantine: Thieving, lying, shagging and allying himself with a major enemy in order to fight a greater threat!

The Knights are ready to complete their mission—but what happens to the world when Vandal Savage and Etrigan the Demon gain control of the Holy Grail?

This issue must be read to be believed! Open-Window Man tells the tale of a world of living graffiti that’s on the verge of erasure. Send up the Open-Window signal—we need a hero!

Want to know how each team member is going to die? Dr. Destiny has all the gruesome answers. Guest-starring The Flash and Swamp Thing!

Written by CHARLES SOULE
Art by KANO
Cover by JOCK

Who is Capucine, and what is the Sanctuary of the Green Leaves? Mysteries plague Swamp Thing as he rushes to find the answers to these questions and finds much more than he expected, and see a Swamp Thing from the past unlike any you’ve ever imagined!