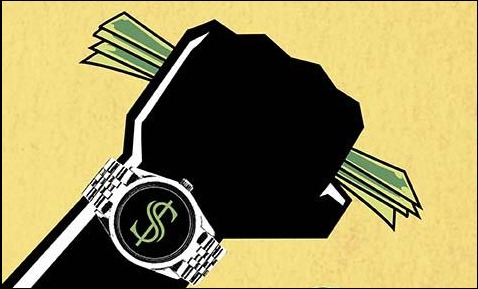 Here are The Edge Group solicitations for May 2013 courtesy of DC Comics.

INVENTORS! EXPLORERS! ADVENTURERS! Do you need money to finance an important project? Then you should set up a meeting with THE GREEN TEAM!

• Does your project have the potential to:

Piss off The Justice League? __

If any of the above are checked, please fill out liability release form GT2013-05. Send any 82 drawings, plans, models, or photos with request.

We are faceless. We are limitless. We see all. And we do not forgive.

Who defends the powerless against the GREEDY and the CORRUPT? Who protects the homeless and poverty-stricken from those who would PREY upon them in the DARK OF NIGHT?

When those who are sworn to protect us abuse their power, when toxic government calls down super-human lackeys to force order upon the populace…finally, there is a force, a citizen’s army, to push order BACK.

Let those who abuse the system know this as well: We have our OWN super humans now. They are not afraid of your badges or Leagues. And they will not be SILENCED.

The most accomplished cape-killer in the world gets the chance to add to his legacy when Deathstroke comes face to face with his daughter Rose and The Ravagers!

Beware the Hunted’s power as Jediah regains something very important to the team’s survival! And in the backup story, Larfleeze is still greedily pursuing his stuff through the depths of space!

Don’t say we didn’t warn you! The new StormWatch is even more bloodthirsty than the previous team! On their first off-planet mission, the new StormWatch has to prove itself—while Lobo is seduced by aliens!

The future collides with the past in this issue as [REDACTED] causes problems for Jonah Hex. And in the backup story, a never before seen Stormwatch team takes the spotlight!

New team members, new direction, new creative team! After the shocking events of issue #19, the team returns to Belle Reve to lick their wounds and bury their dead—but when they find out what’s waiting for them at the prison, they’ll wish they were back out in the field! Plus: Who are the two killers Amanda Waller has recruited to shake things up, and what are their true motives for joining the team?