The Future of THOR Is Marvel NOW! 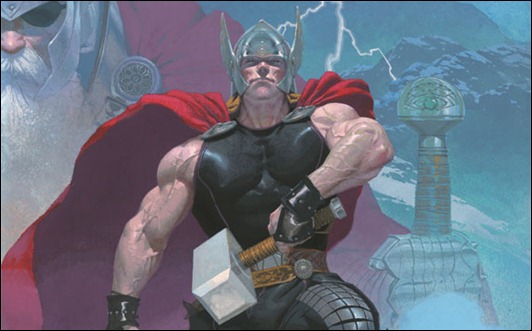 This November, the all-powerful Thor embarks on a journey that hurtles him through space and time in Thor: God Of Thunder #1, kicking off the all-new ongoing series from the blockbuster creative team of writer Jason Aaron and artist Esad Ribic! As part of Marvel NOW!, Thor: God Of Thunder joins a number of titles that will take the Marvel Universe in an exciting all-new direction, as the industry’s top creators join the top Super Heroes to deliver all-new ongoing series, great for new and lapsed readers alike!

Throughout the ages, the gods of the Marvel Universe have been vanishing, their mortal worshippers left in chaos. NOW! the Mighty Thor follows a trail of blood that threatens to consume his past, present and future selves. The only hope for these ravaged worlds lies with the God of Thunder unraveling the gruesome mystery of the God Butcher!

“Jason and Esad have created a Thor story for the ages, and a villain unlike anything our hero has ever faced,” said Marvel Editor In Chief Axel Alonso. "Combine Jason’s trademark storytelling with Esad’s majestic visuals and the result is a story of breathtaking scale that is sure to thrill a new generation of readers.  This is going to be a book to watch."

Marvel NOW! is the culmination of Marvel ReEvolution, the groundbreaking new initiative to evolve the comic book experience through innovation. With Thor: God of Thunder, Marvel NOW! ensures fans will discover an entirely new perspective on the Son of Odin.

“Thor, by definition, demands stories of a grand scale,” explained Jason Aaron in an interview with Marvel.com. “This story spans millennia – from the Viking Age to the far flung future. And it takes us all across the Marvel Universe as well. From Earth to the far corners of space, and from all new otherworldly cities of gods to an Asgard like we’ve never seen before, we definitely cover a lot of ground in our initial arc.”

Each issue of Thor: God Of Thunder includes a code for a free digital copy on the Marvel Comics app for iOS and Android devices. Additionally, each issue of Thor: God Of Thunder features special augmented reality content available exclusive through the Marvel AR app – including cover recaps, behind the scenes features and more that add value to your reading experience at no additional cost.

This November, Jason Aaron and Esad Ribic redefine what it means to be worthy in Thor: God Of Thunder #1! 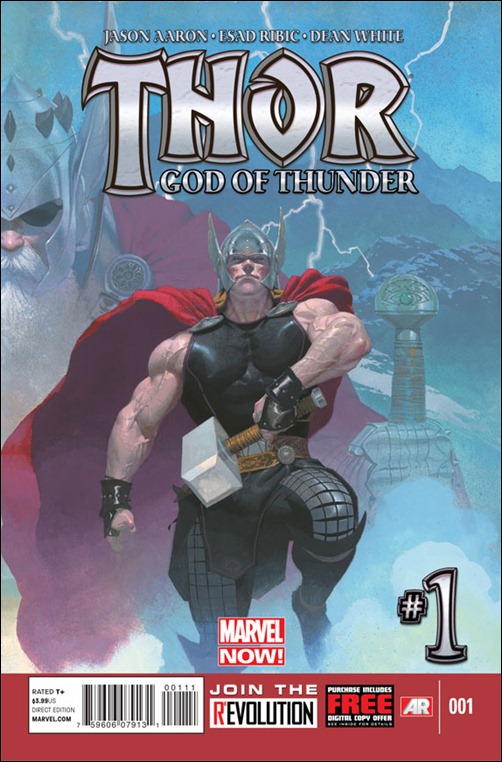