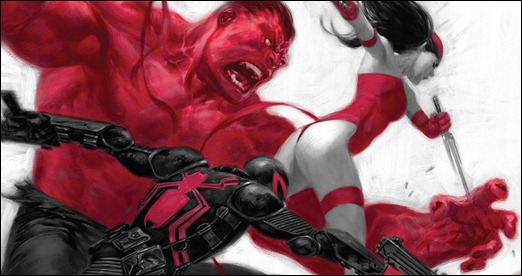 “How many times have we said to ourselves, ‘If only I had the power…’? Well, Thunderbolt Ross has that power and this series will show what he does with it,” explained Daniel Way in an interview with Marvel.com. “Really, it all boils down to the most ‘Marvel’ of our medium’s go-to ideologies: With great power comes great responsibility.”

Marvel NOW! is the culmination of Marvel ReEvolution, the groundbreaking new initiative to evolve the comic book experience through innovation. With Thunderbolts, Marvel NOW! ensures fans will discover an entirely new perspective on one of the most popular super hero teams.

“I dare any Super Hero fan to look at that cover and not smile—the Thunderbolts line up is a true dream team" said Axel Alonso, Editor in Chief, Marvel Entertainment.  “Daniel and Steve are both incredibly talented creators redefining one of our most enduring franchises into something that will surprise a lot of readers—this is a series about violence, war and the consequences of both….along with more action than you can handle!”

Each issue of Thunderbolts features special augmented reality content available exclusive through the Marvel AR app – including cover recaps, behind the scenes features and more that add value to your reading experience at no additional cost. 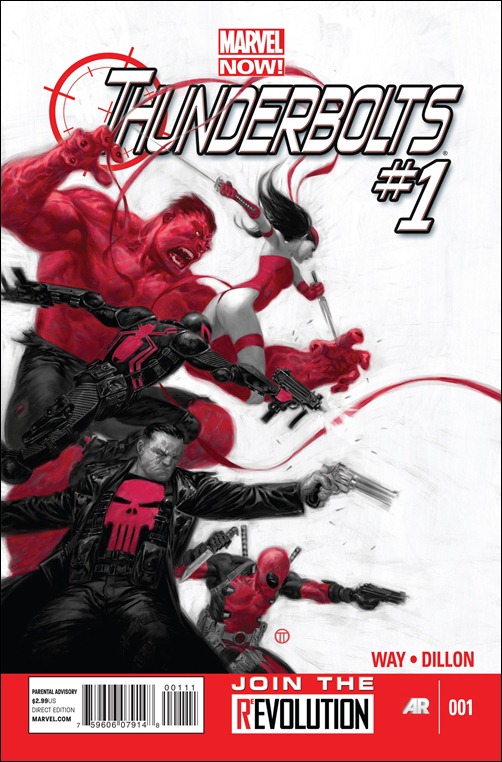