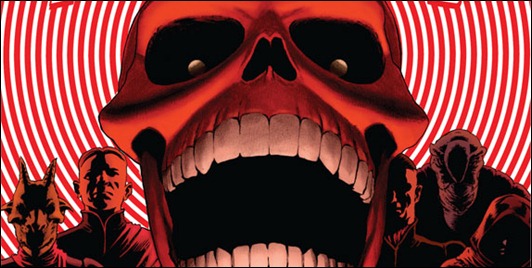 This November in Uncanny Avengers #2, the Red Skull makes a movie that transforms him into the most powerful man on Earth! And with anti-mutant sentiment at an all-time high, it will be up to Captain America, Wolverine, Havok, Thor, Rogue, and the Scarlet Witch to take down the Skull and his S-Men!

Each issue of Uncanny Avengers includes a code for a free digital copy on the Marvel Comics app for iOS and Android devices and in the Marvel Digital Comics Shop. Additionally, each issue of Uncanny Avengers features special augmented reality content available exclusive through the Marvel AR app – including cover recaps, behind the scenes features and more that add value to your reading experience at no additional cost.

An all-new direction! All-new threats! This is Uncanny Avengers NOW!

This November, Rick Remender & John Cassaday redefine what it means to be Earth’s Mightiest in Uncanny Avengers #2! 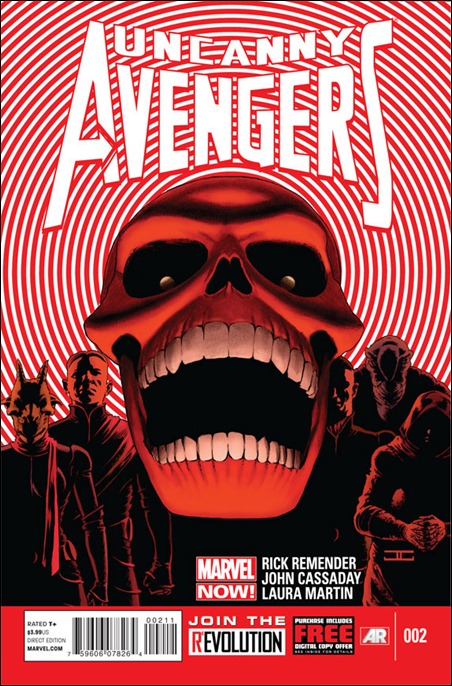