Here’s your first look at the Uncanny X-Men #1 Variant cover by Stuart Immonen featuring not only 53 State birds, but Deadpool as well!

Marvel NOW! brings readers Deadpool, the most patriotic and educational new comic book series of the century! Providing readers with a completely (not) 100% accurate depiction of American history, the most famous presidents and their very real modern day exploits as zombies, there’s no X-Man more perfect than Deadpool for the most American variant cover of all.

Marvel is pleased to unveil the Uncanny X-Men #1 53 State Birds Variant, by superstar artist Stuart Immonen, bringing all 52 state (and territories) birds (+1)* to life on one cover. That’s like 52 (+1)*  state variants for the price of one! Calling all bird watchers, this one of a kind variant featuring all of America’s greatest feathered patrons is a must have for any fan!

“Ornithology is one of America’s greatest past times,” mentioned Senior Editor Nick Lowe. “With Inauguration day and Spring just around the corner – we could think of no better way than to celebrate our history with a beaked representative from every state including Puerto Rico and then some!”

This February, Cyclops is back in full force in Uncanny X-Men #1, kicking off the all-new ongoing series from the blockbuster creative team of writer Brian Michael Bendis and artist Chris Bachalo! In the wake of the Phoenix, the world has changed and is torn on exactly what Cyclops and his team of X-Men are – visionary revolutionaries or dangerous terrorists? Whatever the truth, Cyclops, Emma Frost, Magneto, and Magik are out in the world gathering up new mutants and redefining the name Uncanny X-Men.

“Retailers will have the unique opportunity to collect all the various birds of the United States on one cover,” explained Marvel SVP of Sales, David Gabriel. “No need to worry about purchasing individual covers to get all 53 beautiful birds. One cover. 53! Birds!”

So what are you waiting for? Put on your red, white & blues while pulling out those binoculars and reserve the Uncanny X-Men #1 53 State Birds Variant at your local comic shop today! 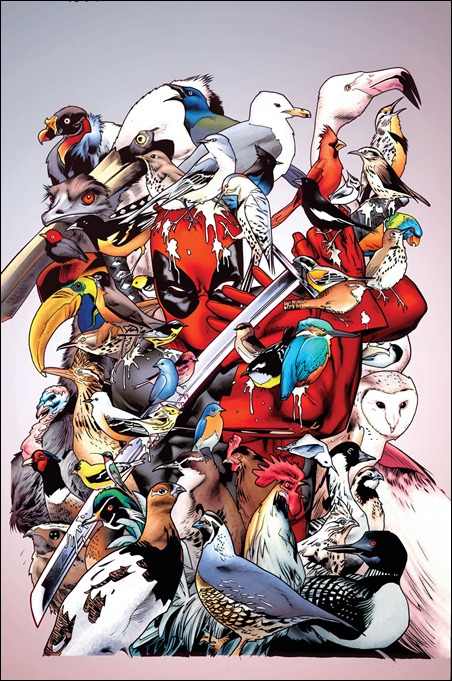