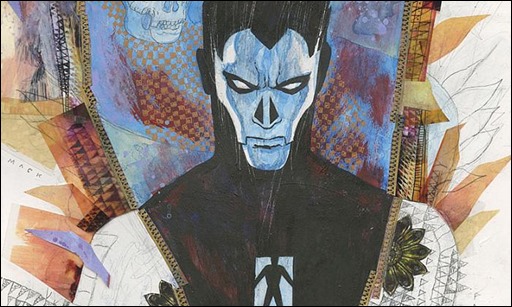 Drawn into the WEBNET!

Unity is anything but unified as the team fractures and must start from scratch. But they’d better hurry because a new threat is looming…and Ninjak must tackle a viral epidemic that has been lying in wait for generations. A sickness is spreading across the land and only the doctor has the cure… Dr. Silk!

PRELUDE TO ARMOR HUNTERS – PART 2! Who – or what – is the man called MALGAM?

Aric of Dacia, a fifth-century warrior bonded to alien armor and transplanted to the modern day, is now the most important weapon in the arsenal of M.E.R.O., the top-secret American intelligence organization that monitors extraterrestrial life on Earth. In order to protect his people, Aric must undergo dangerous missions in space, but nothing can prepare him for the stunning secret that awaits him in the stars. The march toward X-O Manowar #25 – and the coming of the ARMOR HUNTERS – continues here in an essential prelude to the Valiant Universe event of 2014!

The end times are now! Master storyteller Peter Milligan is pushing Shadowman to the edge – but can Jack Boniface survive the plunge?

Jack thought he’d finally fixed his life — and the source of his dark power. But when a figure from the past emerges with a troubling revelation about his destiny, the new Shadowman will plummet into an abyss far darker than any demon. Make no mistake — doom is coming for Shadowman…and it all begins right here in the first of three oversized issues!

Eric needs to know he can trust Woody — and that means Woody needs to get a job, open a bank account, sign up for a library card, and do all the things a responsible adult does. But when a new gang of rogue mad-scientist super-criminals launch a wave of ROBO-CRIME, will Woody stop them…or join them? Plus – the return of EDISON’S RADICAL ACQUISITIONS?!

Bloodshot and H.A.R.D. Corps have captured Obadiah Archer and jailed him within their secret compound – but have they trapped Archer or has Archer trapped them? Attacked from within, and with a fighting-mad Armstrong ready to break down the doors, Project Rising Spirit is learning the hard way that breaking up Valiant’s premier team of conspiracy busters is tough to do!

MISSION: IMPROBABLE – FINALE! Bloodshot! Archer! H.A.R.D. Corps! Armstrong! It all comes down to this!!

“Mission: Improbable” rockets into its explosive climax as four world-shattering forces collide! Will Bloodshot re-capture Archer for Project Rising Spirit…or is a double-cross in the works?! Will H.A.R.D. Corps figure out how you kill an immortal like Armstrong…or are they going home in body bags? Only one thing’s for certain…it doesn’t matter who loses — you win!

Every moment in the centuries-long life of Gilad Anni-Padda has led to this moment. Far removed from the modern day, standing resolute at the last tattered edge of the civilization, the Eternal Emperor of 4001 A.D. is about to make the hardest choice of all – and two thousand years of Valiant heroes will feel the fallout. Don’t miss a moment as the very first vision of Valiant’s all-new future timeline reaches a milestone turning point!

Join one of the most acclaimed adventures in comics as naive teenage assassin Obadiah Archer and the fun-loving, hard-drinking immortal called Armstrong unite to stop a plot ten thousand years in the making! From the lost temples of ancient Sumeria to modern day Wall Street, Area 51, and beyond, Valiant’s conspiracy-smashing adventurers are going on a globe-trotting quest to bring the down the unholy coalition of cultists known as the Sect – and stop each of history’s most notorious conspiracies from remaking the world in their own insane image.

The most important technological breakthrough of the century might also be its most dangerous. After years of trial and error, multinational conglomerate Omen Enterprises has finally perfected a cybernetic brain implant that will change the face of modern warfare forever. With a legion of ex-soldiers at their disposal, Omen is building the private army of the future – a squadron of enhanced commandos that calls itself the H.A.R.D. Corps! But even with the powers of flight, telekinesis, and mind control at their command, not everyone is willing to volunteer for service…but Omen has ways of making you fight for a paycheck.