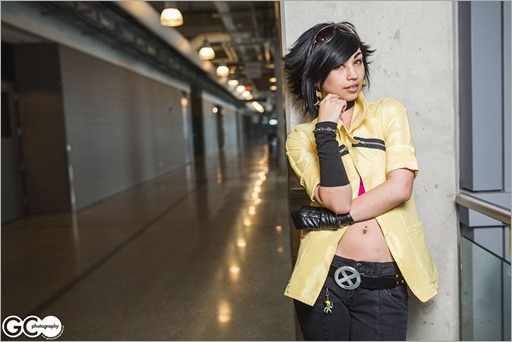 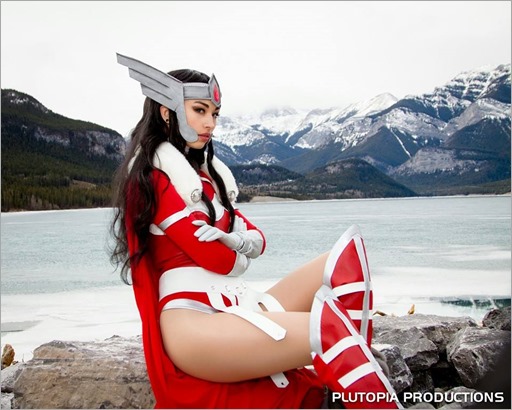 Vanessa Wedge from Calgary shows that she’s capable of doing many things, and she does them well. From crafting costumes and modeling to playing bass and singing in a band, she’s channels her creativity for everyone to see.

Vanessa managed to find some time for the interview in her busy schedule. Find out a little more about this extremely talented musician, model, and cosplayer. 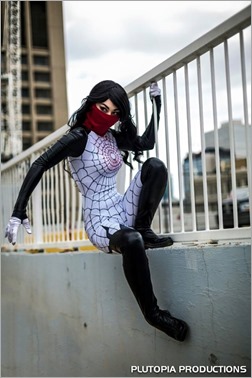 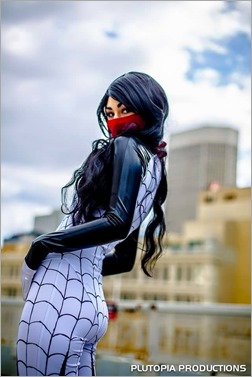 Why did you decided to start cosplaying & when did you start?

I started cosplay in 2003. I was always creative and artistic as a child, and I loved playing dress up, and fashion. So when I found photos of people dressed as characters from games and anime I liked online, I had to try it too. 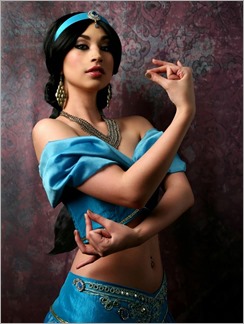 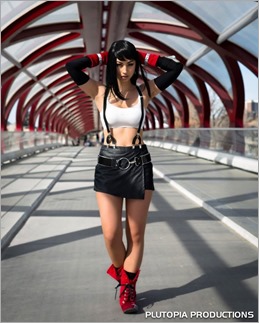 What made you want to do more cosplays?

Luckily when I started, there was an anime con in town. Otafest was pretty much the only event I knew about. Having at these that con, and meeting people that were also interested in cosplay really kept me going. 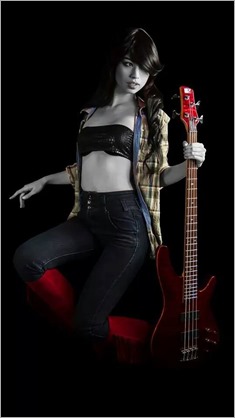 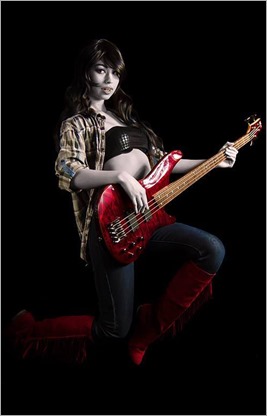 Which was the most challenging of your costumes to make?

What video games do you find yourself playing the most? 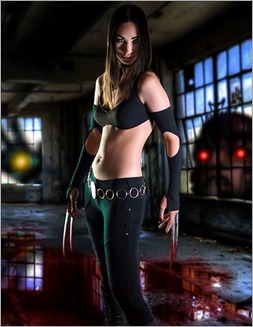 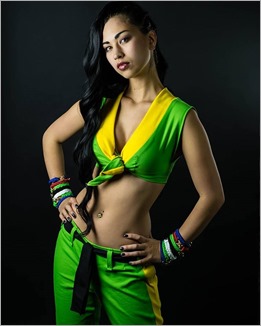 Did you grow up reading comics and do you read them now?

I didn’t really have comics when I was a kid. I do now though. I’m an X-Men fan, but I love other series like Saga, and Fables for example. 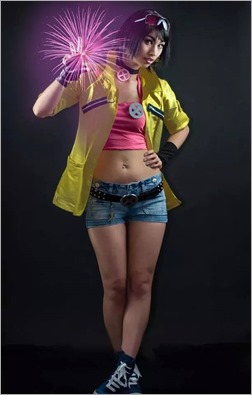 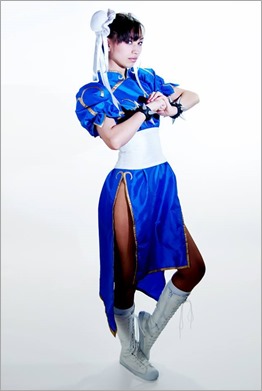 I was totally a nerd when I was a kid. I never wanted to fit in. Still don’t. 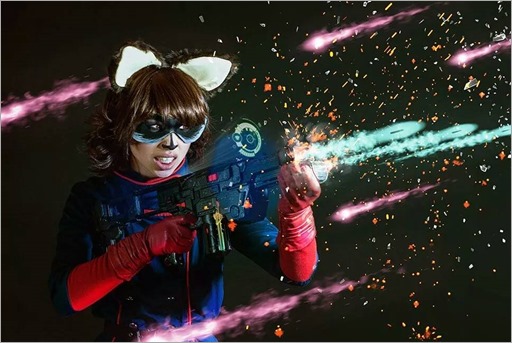 You’re in a band called They Look Like Cougars. Could you tell us a little about the band?

Super fun nerdy-alt-rock. I play bass and sing back up. Look us up on iTunes. Our EP is on there! 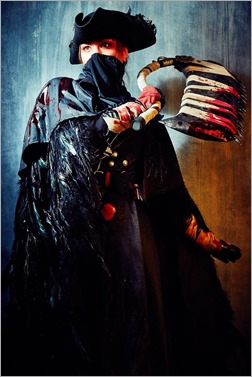 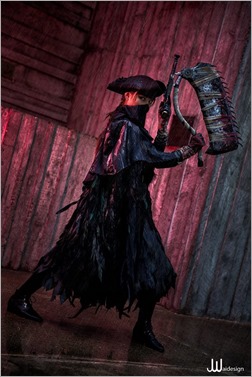 Who are some of your musical influences? 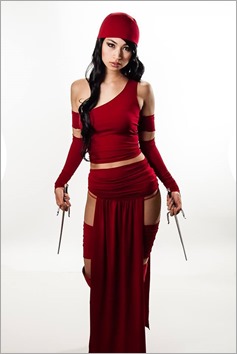 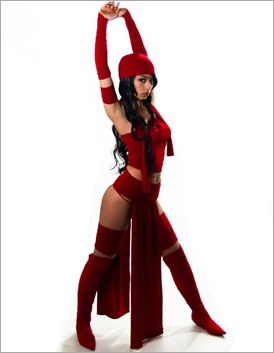 How do you find the time to play in a band, model, cosplay, and do everything else?

I’m always pretty busy, but I manage. I have a morning job, band practice once or twice a week in the evening. Everything else in between. 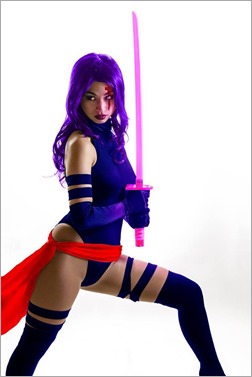 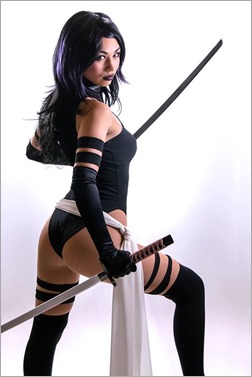 They think I’m super creative and talented. I don’t think they completely grasp how nerdy it is. 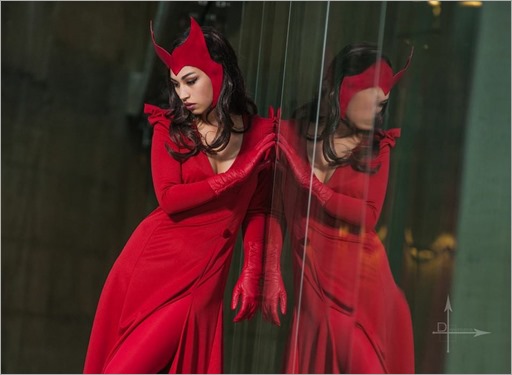 If you could only do either fashion modeling or cosplaying, which would you choose and why?

I think I’d keep cosplaying. It’s a huge creative outlet for me. 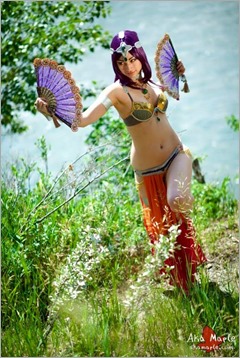 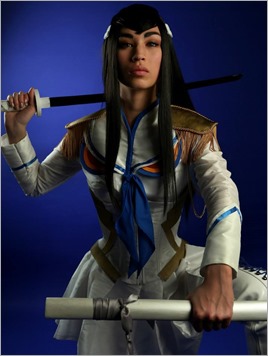 Every step of cosplay keeps me coming back. Finding a character that I like. Constructing the costume. Modeling it, and sharing the photos with fans. Each part of it brings me joy. 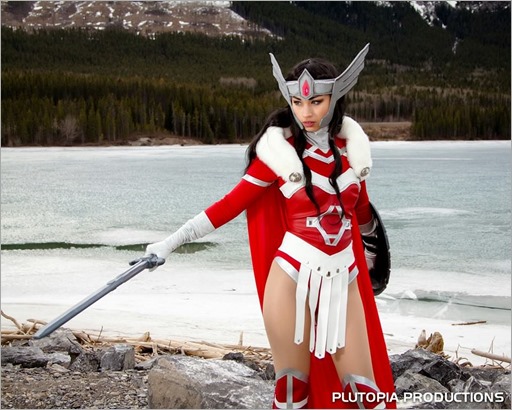 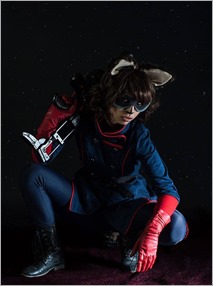 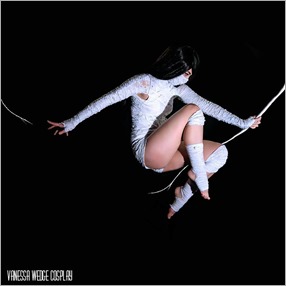 I really like Joanie Brosas. She does what she wants and doesn’t put up with people’s crap.

Be yourself, do what you love. 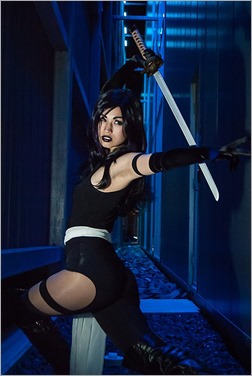 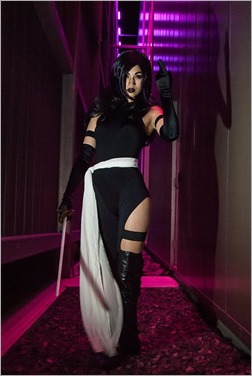 At this time, I’m just finishing up my Boa Hancock from One Piece. Mostly just planning shoots for Red from Transistor and a Final Fantasy VII group. 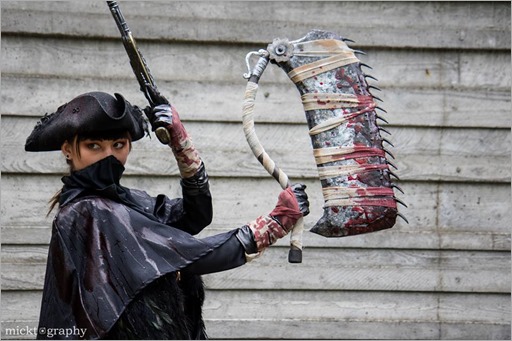 Probably going to be a rock star. 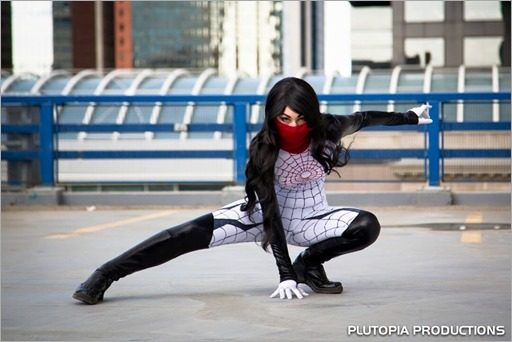 Thank you Vanessa for allowing us to know a little more about your interests. We look forward to seeing more of your work and hearing your band in the future.