Then, meet the Goat and the heroes who tolerate him on July 10th in Quantum and Woody #1 – the FIRST ISSUE of Valiant’s next ongoing series by James Asmus and Tom Fowler with color art by Jordie Bellaire. Relaunching the cult favorite superhero duo made famous by Christopher Priest and M.D. Bright in the all-new Valiant Universe, get ready to go big or go home as the world’s worst superhero team begin a brand new era. After estranged brothers Eric and Woody Henderson accidentally stumble into a life-altering scientific accident, they’ll find themselves with a whole new purpose – and a perfectly legitimate reason to wear costumes and fight crime. Quantum and Woody are coming this July! 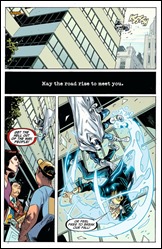 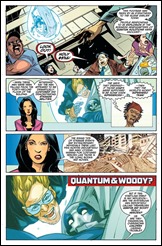 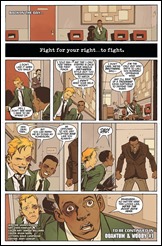 Using any QR code application, fans worldwide can experience the Goat’s ennui-laden soliloquy using any smartphone or tablet device. Merely scan the QR code and watch in awe as the Valiant Universe’s next breakout star comes alive, as voiced by Sheldon Lee.

A comics innovation pioneered by Valiant Entertainment, the world’s first QR Voice Variant debuted in May 2012 alongside the publisher’s first release, X-O Manowar #1, and has accrued some 70,000 online views and widespread acclaim from fans and retailers.

For more information on Quantum and Woody and the rest of the Valiant Universe, visit Valiant on Facebook, on Twitter, and at ValiantUniverse.com. 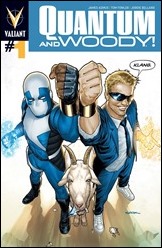 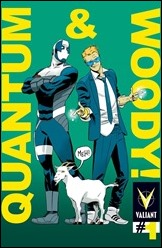 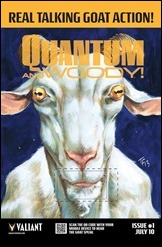