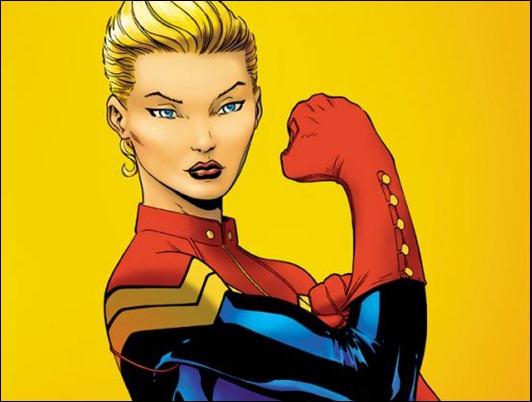 “My pitch was called ‘Pilot’ and the take can pretty much be summed up with ‘Carol Danvers as Chuck Yeager,’” says DeConnick. “Carol’s the virtual definition of a Type A personality. She’s a competitor and a control freak. At the start of our series, we see Carol pre-Captain Marvel, pre-NASA even, back when she was a fiercely competitive pilot. We’ll see her meeting one of her aviation heroes and we’ll see her youthful bravado, her swagger. Then over the course of the first arc we’re going to watch her find her way back to that hungry place. She’ll have to figure out how to be both Captain Marvel and Chuck Yeager—to marry the responsibility of that legacy with the sheer joy being nearly invulnerable and flying really [expletive] fast.

“My playlist for this series is heavy on AC/DC, Heart and Pat Benatar.”

The series will reflect on what the legend of Captain Marvel means to the long-time heroine, what she will do with it and what the rest of the Marvel Universe thinks of her new role.

“Carol has an incredible respect for Mar-Vell, as a person and as an icon,” notes DeConnick. “She is hesitant to take the name because of that. The line is something like, ‘So much has been taken from him. I won’t take his name.’ It’s on Captain America to help her understand that Captain Marvel wasn’t his name, it was his mantle. And he would have wanted her to have it.

“As for the rest of the Marvel Universe, well, I expect the opinions probably vary person to person, but I imagine the overwhelming attitude would be one of, ‘What took her so long?’”

The writer reports that Carol Danvers’ quest into the mysteries of her past takes a toll on her Avengers membership and that repercussions may be in store on that account. The new Captain Marvel’s power levels and particulars will also be addressed in the series.

“I’m trying to strike the right balance defining her powers: what they are and what the limitations they come with,” she says. “[AVENGERS writer] Brian Michael Bendis did a great job focusing in on the fact that she is basically able to absorb and metabolize radiant energy. She weaponizes that in the form of photon blasts—expelling energy—and uses a similar process in order to fly.”

In all, CAPTAIN MARVEL promises a new adversary that DeConnick calls “complex and unexpected,” new allies and “one friendly face from the distant past.” The writer also looks forward to her collaboration with artist Dexter Soy.

“I’ve never worked with a painter before,” she says. “It adds a weight, a significance—it makes everything feel epic. It’s awesome.” 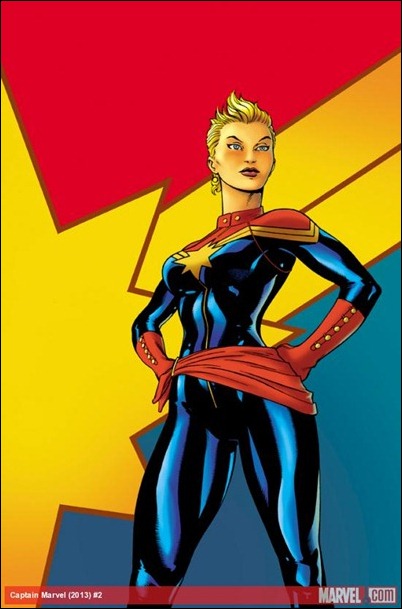 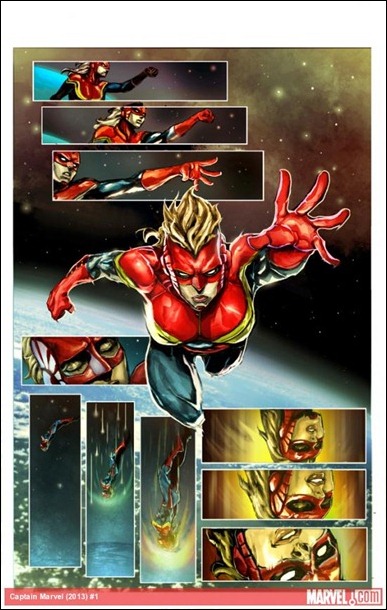 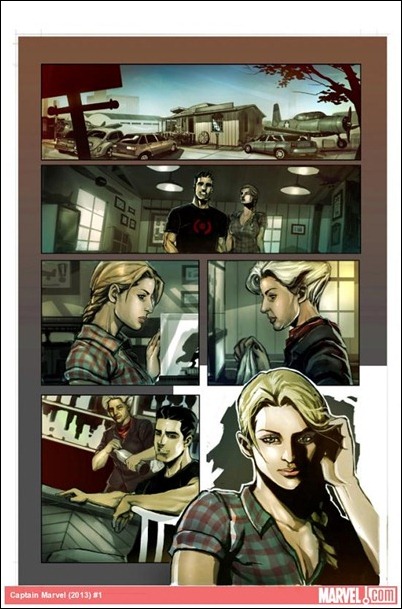 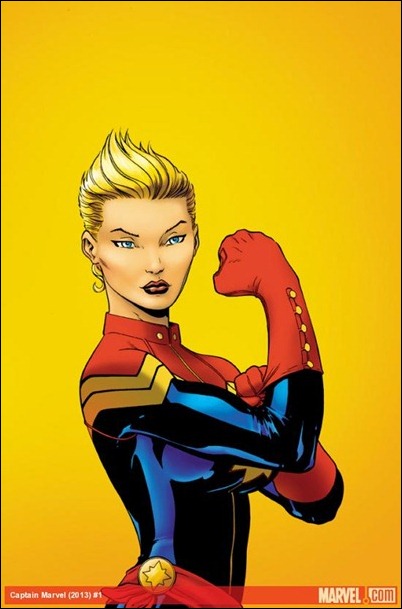