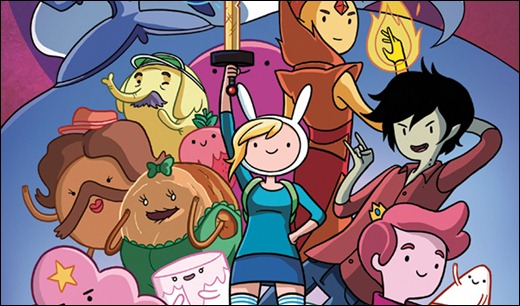 This January, KaBOOM! Studios launches ADVENTURE TIME: FIONNA AND CAKE, an all-new six issue all-ages limited series. The highly anticipated series will be written and illustrated by none other than the characters’ creator and ADVENTURE TIME storyboard artist Natasha Allegri with a full 32 page first issue.