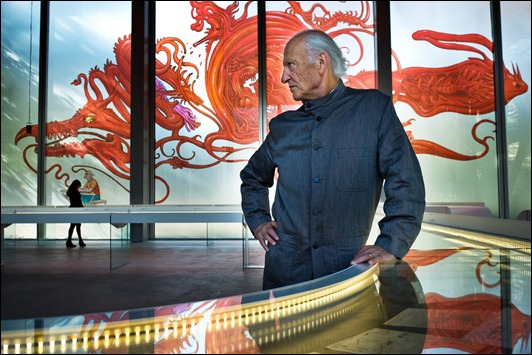 On March 10th, 2012, Jean Giraud, the French artist who was predominantly known as Moebius, passed away at the age of 73.

An influential international artist, Moebius rose to fame drawing the Western serial character, Lieutenant Blueberry, for Pilote magazine. Blueberry eventually split off into its own series and Giraud worked on 29 volumes in total.

After leaving Blueberry, Moebius went on to do science fiction and fantasy work for Métal Hurlant magazine . Two of his most famous serials, The Airtight Garage and Arzach, both got their start in the pages of Métal Hurlant. Later on he started his famous L’Incal series in collaboration with Alejandro Jodorowsky.