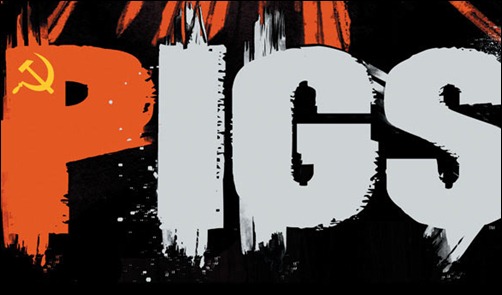 A KGB sleeper cell has been in Cuba since 1962. And now they’re coming to kill you. NATE COSBY (MARVEL), BEN McCOOL (CHOKER, MEMOIR) and hotshot newcomer artist BRENO TAMURA present PIGS, an ongoing series set to join Image’s elite ranks. Terrorists have descended on America, assigned to destroy everything in their path…but why, and why now?