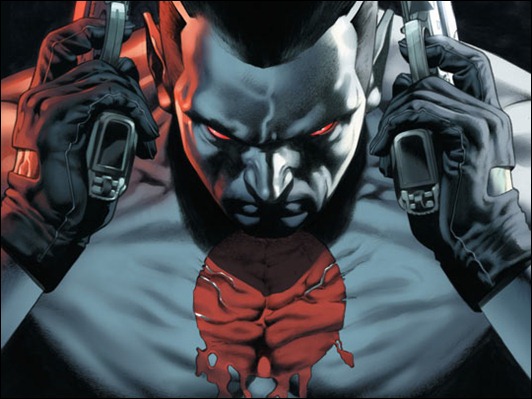 Here is a six page preview of Bloodshot #1 by Duane Swierczynski, Manuel Garcia, and Arturo Lozzi courtesy of Valiant Comics!

Valiant Entertainment is proud to present an advance preview of Bloodshot #1, from acclaimed writer Duane Swierczynski and red-hot artists Manuel Garcia and Arturo Lozzi! You’ve seen X-O Manowar and Harbinger take fans and critics by storm. Now find out on Wednesday, July 11th why Bloodshot #1 is the book that has IGN declaring, "Valiant is quickly becoming the publisher to beat and as long they keep putting out quality books like Bloodshot, it’s likely to stay that way."

He-Man And The Masters of the Universe #1 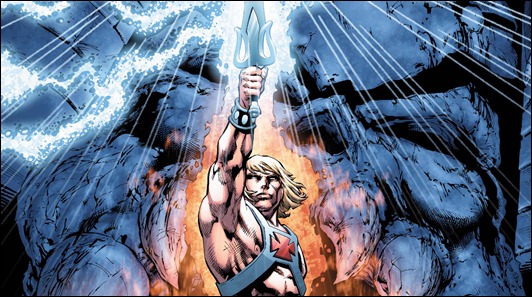 Here is a short preview of DC Comics’ He-Man And The Masters of the Universe #1 due in stores on July 4th 2012!

Originally launched in the early 1980’s, HE-MAN AND THE MASTERS OF THE UNIVERSE returns this July as a new six-issue miniseries. In the inaugural issue (on sale this Wednesday), Skeletor has rewritten all of Eternia’s history. 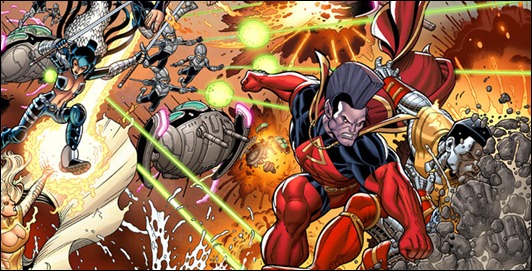 Marvel is pleased to present your first look at Wolverine & the X-Men #13! They’ve helped fight the Phoenix before, and this July – the Imperial Guard brings the might of the Shi’Ar army to Earth to take on the Phoenix Five! With his son caught in the crossfire, Gladiator must take matters into his own hands to save him.

Your First Look at Defenders #8! 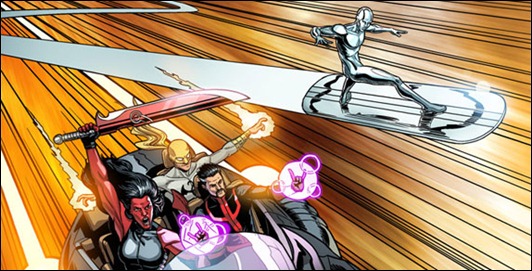 Marvel is pleased to present your first look at Defenders #8 as red-hot artist Jamie McKelvie joins superstar writer Matt Fraction for a story like no other!

After traveling to Wakanda, the Defenders must journey into the forbidden land of Z’Gambo to face off against the evil John Aman, Prince of Orphans! What sort of secrets is he protecting, and can the Defenders find out before it’s too late?

Welcome to Pax Utopia In AVENGERS VS X-MEN #6! 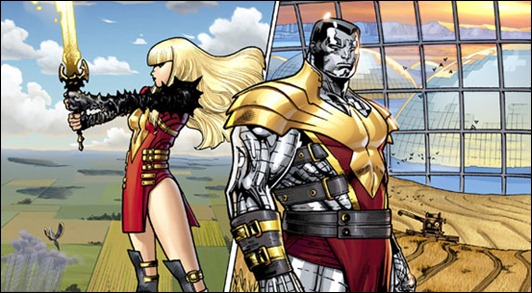 The all-powerful Phoenix Force has found not one, but FIVE hosts and in Avengers VS. X-Men #6 – their mission is clear, remake the Marvel Universe in their image. Kicking off the world changing second act of the comic book event of the year, the blockbuster team of Jonathan Hickman and Olivier Coipel show fans just what Pax Utopia looks like through the eyes of Cyclops, Emma Frost, Namor, Colossus & Magik!  How will Earths Mightiest and the other X-Men respond to this new development? And what role will the Scarlet Witch play once she enters the conflict? Find out in Avengers vs. X-Men #6!

Valiant is proud to present a seven-page preview of the summer’s most action-packed comic event – Bloodshot #1! On July 11th, acclaimed writer Duane Swierczynski and artists Manuel Garcia & Arturo Lozzi blaze a trail of destruction straight to the heart of the Valiant Universe when America’s one-man war on terror embarks on his deadliest mission yet!

This July, take flight as Marvel is pleased to present your first look at Captain Marvel #1! From the creative team of fan-favorite writer Kelly Sue DeConnick and rising star artist Dexter Soy, Carol Danvers suits up to tackle a threat only she can handle. Earth’s Mightiest Hero has a new name, a new mission and all the power she needs to make her life a living hell.

Valiant is proud to present an advance preview of Bloodshot #1 from acclaimed writer Duane Swierczynski and the lethal artistic tag team of Manuel Garcia and Arturo Lozzi! On July 11th, in the wake of X-O Manowar, find out why fans and critics agree – the Summer of Valiant simply can’t be stopped!