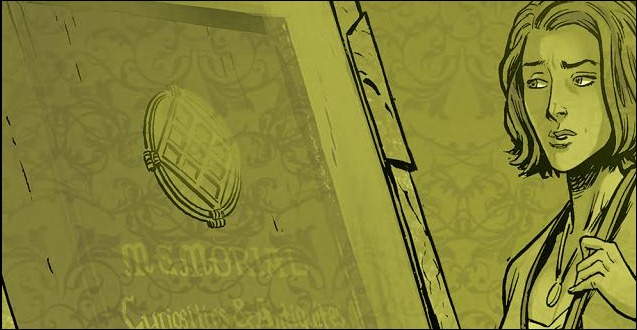 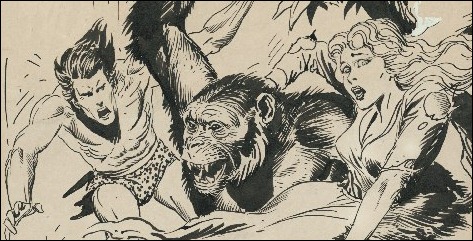 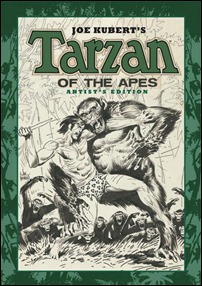 Joe Kubert’s Tarzan of the Apes: Artist’s Edition is scheduled to be in comic book stores the last week of September. Collecting the entire four-part origin story of Tarzan, as well as two single part adventures, all adapted by Joe Kubert from the classic Edgar Rice Burroughs stories.

Additionally, a signed, numbered, and remarqued version will be released in October and is only available through IDW Publishing. Limited to 181 copies, and each with a unique head sketch of Tarzan by Joe Kubert, IDW will donate $50.00 from each copy sold of this special edition to a scholarship fund in Joe’s name established at the Joe Kubert School of Cartoon Art.

Here is an 8 page preview of Star Trek: The Next Generation: Hive #1, by Brannon Braga, Terry Matalas, & Joe Corroney, from IDW Publishing – on sale September 19th, 2012.

Celebrating the 25th anniversary of Star Trek: The Next Generation!

In the distant future the entire galaxy has been completely assimilated by Borg and it’s king… Locutis! The only hope for the future lies in the past, in the hands of Captain Jean-Luc Picard and the crew of the starship Enterprise—as Picard faces off against the Borg collective in one final, terrifying and definitive encounter!

• On the eve of Krypton’s destruction, who sent Supergirl from Krypton to Earth – and why? The answer is not what you think!

A Fatality Strikes The Ranks Of The X-Men

A longstanding member of The X-Men meets his demise in Avengers vs. X-Men #11, on sale today from Marvel Comics.

We present to you a two page preview of the fatal sequence in Avengers vs. X-Men #11, written by Brian Michael Bendis and illustrated by Oliver Coipel.

WARNING: If you don’t want to find out who dies, stop right here!

The Rocketeer: Cargo of Doom #2 Preview

Here’s an 8 page preview of The Rocketeer: Cargo of Doom #2, by Mark Waid & Chris Samnee, from IDW Publishing on sale September 12th, 2012.