A New Team. A New Mission. Prepare For ALL-NEW INHUMANS #1! 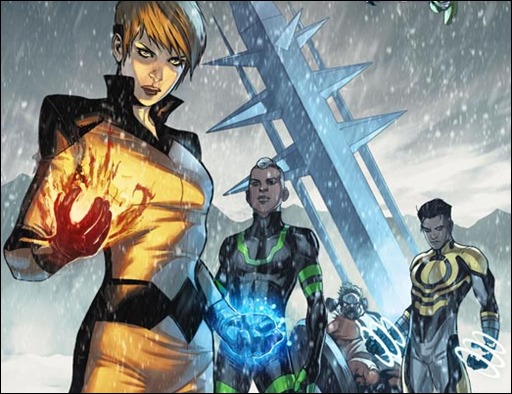 She is Inhuman royalty. She’s been an Avenger, served alongside the likes of the Fantastic Four and the X-Men. She has been a constant presence in the Marvel Universe. She is Crystal and this December, she steps in to her new role in ALL-NEW INHUMANS #1!

Writers James Asmus and Charles Soule join artist Stefano Caselli to expand the world of the Inhumans across the Marvel Universe!

Part diplomatic emissaries, part covert strike team, Crystal and her team have one mission: protect their new and growing race by any means necessary! As the Terrigen Cloud rips across the planet, leaving new Inhumans in its wake – Crystal, Gorgon, Flint, Naja and Grid travel all over the world and stop at nothing to help those in need, and put a stop to those who would harm their people.

“All-New Inhumans in particular will focus on the strange and dangerous complication that come from a global unleashing of NuHumans,” says writer James Asmus in an interview with Marvel.com. “This book will be the number one way to see exactly how the Marvel Universe is changing as the Terrigen Cloud moves through the world. It’s about getting into countries hit by the cloud – through any means necessary – to help those who need it, and to stop those out to kill/exploit/harvest their fellow NuHumans.”

But when mysterious Skyspears begin appearing all over the world, their appearance could have dangerous and cataclysmic consequences for Inhumans across the globe.

“Skyspears are big obelisk-type artifacts that have appeared in or near population centers all around the globe,” explains Charles Soule. “They can’t be moved, or damaged, or even really affected in any way. Their purpose is part of a pretty long play, but the All-New Inhumans will definitely be involved with their ongoing story.”

Big superhero action meets Inhuman intrigue this December as Asmus, Soule & Caselli show you a new side of the Marvel Universe in ALL-NEW INHUMANS #1! 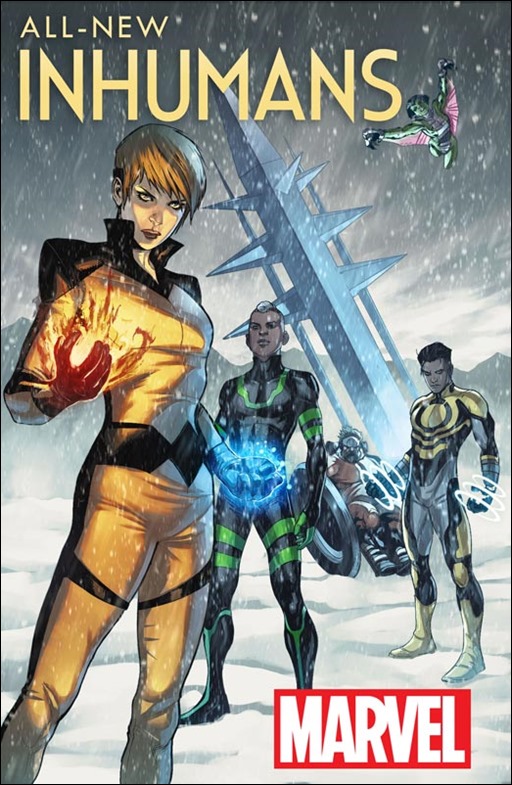