Next week, the road to Avengers VS X-Men begins in Avengers X-Sanction #1 from the blockbuster creative team of Jeph Loeb and Ed McGuinness! And just in time to witness Cable go head to head against Earth’s Mightiest, three prolific artists who put their stamp on Cable join us for more as Marvel unveils their variant covers to Avengers X: Sanction. Stephen Platt, Ian Churchill & Steve Skroce join Marvel’s CCO, Joe Quesada, superstar artists Ed McGuinness and Leinil Yu on amazing covers for the biggest chapter in Cable’s life!

“When Cable came back we knew it had to be big, but I had no idea that we could get superstars STEVE SKROCE and IAN CHURCHILL — who I had a blast working on the monthly Cable comic back in the day – and, making his return to Marvel, STEPHEN PLATT to all do variant covers for AVENGERS X-SANCTION!” exclaimed Loeb.  “This series is a celebration of everything we love about Nathan Summers and it wouldn’t have felt complete without all these guys onboard.”

Cable’s actions will send shockwaves throughout the Marvel Universe and with these special variants featuring brawls against each of Earth’s Mightiest, no fan can miss them!

Retailers: Please note that Marvel is rush printing a second printing of Avengers: X-Sanction #1 due to expected demand and its relationship to Avengers vs X-Men. Check the Marvel Mailer and Diamond Daily for more details. 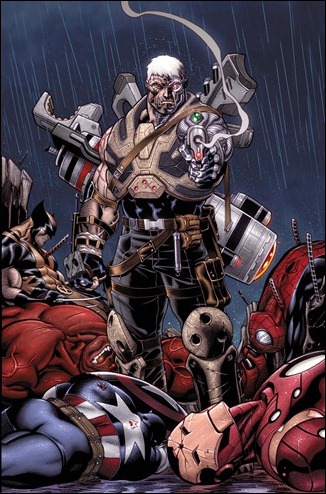 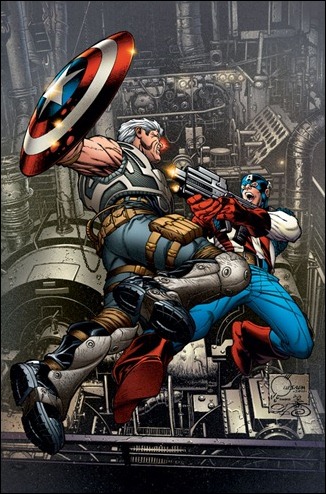 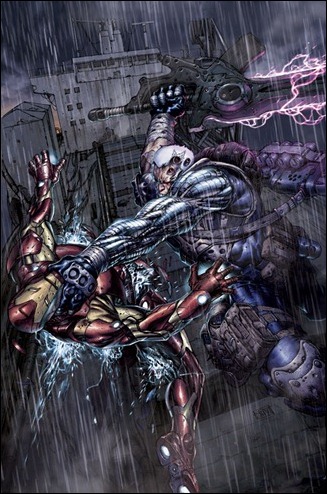 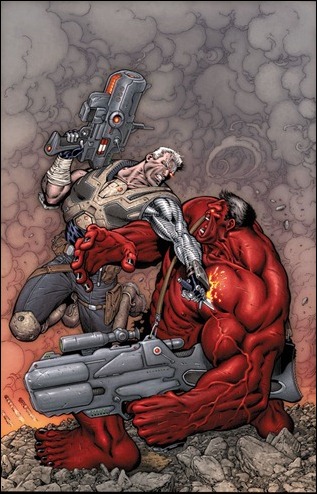 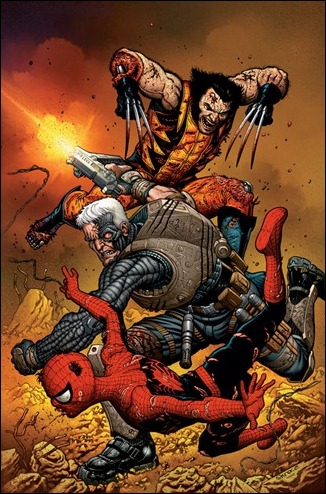