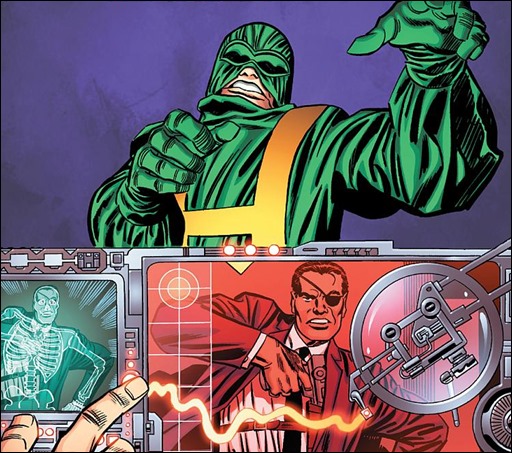 Celebrate 50 years of S.H.I.E.L.D. beginning this August with S.H.I.E.L.D. #9 and many different specials and covers from Marvel Comics.

Celebrate half a century of Marvel’s premier intelligence agency in 2015 as we proudly commemorate the S.H.I.E.L.D. 50th Anniversary!

When Stan Lee and Jack Kirby first introduced S.H.I.E.L.D. in the pages of 1965’s Strange Tales #135, boldly proclaiming it “The Greatest Action-Thriller of All Time!” – the landscape of the Marvel Universe would be changed forever. Now, half a century later, S.H.I.E.L.D. has made the jump beyond the comic page – bringing us some of the most iconic stories and memorable characters in all of popular culture. Join us as we celebrate this monumental legacy with exciting new projects throughout 2015!

First, this August, S.H.I.E.L.D. #9 answers a question half a century in the making. A mystery that lies at the heart of the origins of S.H.I.E.L.D. – who is the “Man Called D.E.A.T.H.”?! Written by Mark Waid with art by Lee Ferguson – this special, oversized anniversary issue features a never before published S.H.I.E.L.D. sequence penciled by Jack Kirby and inked by Jim Steranko! Plus – Al Ewing brings you a second story featuring the return of Dum Dum Dugan and the birth of the new Howling Commandos! Along with the very first S.H.I.E.L.D. story from 1965 and the original sequence that inspired S.H.I.E.L.D.’s creation – this is not one to miss!

Then in September – find out what S.H.I.E.L.D. means to the Marvel Universe with the S.H.I.E.L.D. 50th Anniversary Specials. Five weekly one shots about the men and women who stand on the front lines, shoulder to shoulder, ready to take on Hydra, A.I.M. and the worst the Marvel Universe has to offer! From some of the best and brightest talent in the comic industry comes action packed new specials starring Nick Fury, Agent Melinda May, Mockingbird, Quake and Agent Peggy Carter! Featuring writers David Walker, Jody Houser, Chelsea Cain, Kathryn Immonen, Matt Rosenberg and Patrick Kindlon – prepare to see S.H.I.E.L.D. in a completely new way!

Plus don’t miss these other exciting projects later this year celebrating the legacy of S.H.I.E.L.D.! This June, Marvel’s Agents of S.H.I.E.L.D. comes to your favorite Marvel Comics for The Art of Evolution Variants. Featuring stunning artwork commemorating episodes from the show’s second season, these gorgeous pieces covers will be coming to these twelve titles:

· Age of Ultron vs. Marvel Zombies #1

· Captain Marvel and the Carol Corps #1 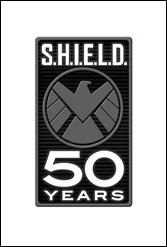 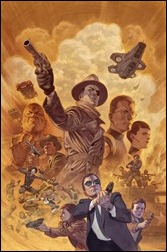 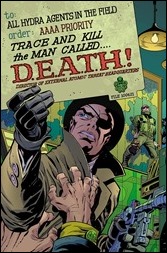 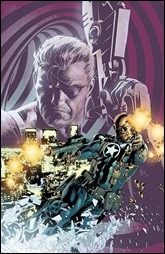 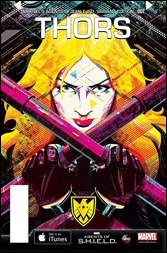 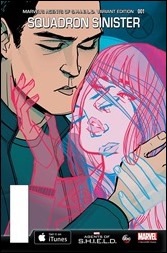 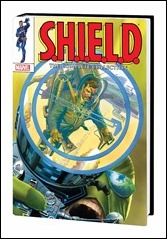 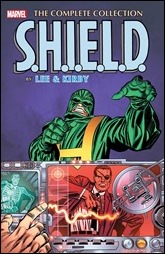 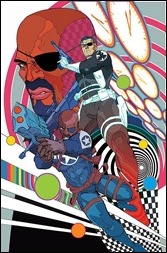 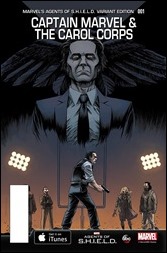 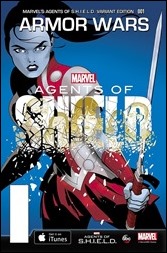 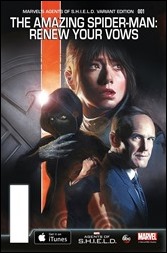