Venditti, Allen, and Ryp Build the Ultimate Deathtrap for WRATH OF THE ETERNAL WARRIOR in “LABYRINTH” 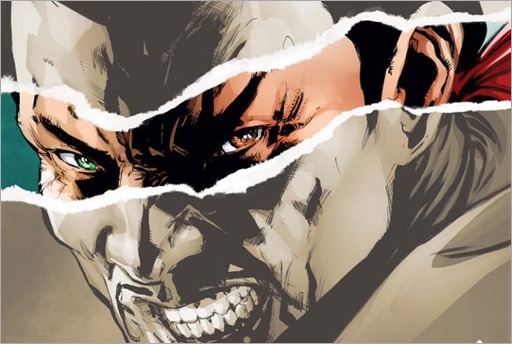 The Prelude to Labyrinth storyline begins in Wrath of the Eternal Warrior #5 by Robert Venditti and Juan Jose Ryp, on sale in March 2016 from Valiant Comics.

Valiant is proud to announce “LABYRINTH” – a calculating, six-issue blockbuster colliding WRATH OF THE ETERNAL WARRIOR with one of Valiant’s greatest villains in 2016!

Valiant’s next landmark storyline of the New Year begins with the two-part “PRELUDE TO LABYRINTH” in March’s WRATH OF THE ETERNAL WARRIOR #5 by New York Times best-selling author Robert Venditti (BOOK OF DEATH) and red-hot artist Juan Jose Ryp (NINJAK)! Then, the escape begins in full force with “LABYRINTH” – PART 1 (of 4) in May’s WRATH OF THE ETERNAL WARRIOR #7, featuring the triumphant return of visionary artist Raul Allen (BLOODSHOT REBORN, Hawkeye)! The next epic step in the Eternal Warrior’s journey out of Hell and back into battle starts here!

Across six millennia, Gilad Anni-Padda – an immortal warrior sworn to forever serve the Earth – has felled zealots and madmen, emperors and tyrants in the course of his duty. But nothing he’s faced yet can prepare him to run the “LABYRINTH” – a miles-long maze of horrors specifically designed to undermine his every strength, enhance his every weakness…and to send him screaming into the darkness of death at every turn. But what kind of brilliant but twisted psyche could have possibly conceived such a monument to terror…and for how many centuries have they plotted to break the mind and body of history’s most formidable soldier?

The answer lies at the heart of the “LABYRINTH” itself…and as Gilad endures a gauntlet of cutting-edge technology and sharpened steel, he’ll soon discover why the merciless figure known only as THE DYING MAN has singled the Eternal Warrior out for the ultimate deathtrap.

He will run. He will suffer. And when his ordeal is ended, the Eternal Warrior’s place in the Valiant Universe will be forever altered by the cruel implements of his enemy’s “LABYRINTH”!

“With LABYRINTH, Robert Venditti is seizing upon one of the great, untapped characters of the original Valiant Universe and bringing them roaring into the modern day,” said Valiant Editor-in-Chief Warren Simons. “Soon, the entire Valiant Universe is going to meet this dark inversion of history’s greatest warrior – a figure that has thrived on horror, grief, and injustice while Gilad upheld duty, honor, and righteousness throughout the ages. It’s brutal, it’s terrifying, and it’s going to cast one of Valiant’s most important heroes into an all-new light.”

Featuring the return of a classic Valiant villain as you’ve never seen them before, the road to “LABYRINTH” begins with a special, two-part prelude beginning in WRATH OF THE ETERNAL WARRIOR #5 in March by Robert Venditti and Juan Jose Ryp! Jump on board one of the year’s most acclaimed new series here as THE DYING MAN’s twisted path through history is revealed…and find out why his ancient rivalry with Gilad will change the Eternal Warrior’s future forever!

WRATH OF THE ETERNAL WARRIOR #5 (“PRELUDE TO LABYRINTH” – PART 1)

WRATH OF THE ETERNAL WARRIOR #6 (“PRELUDE TO LABYRINTH” – PART 2) 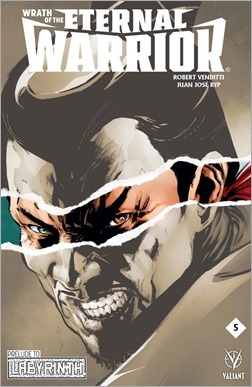 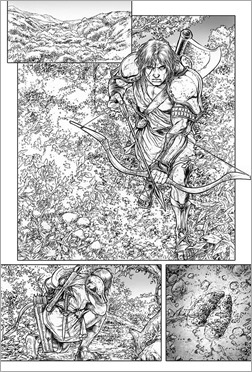 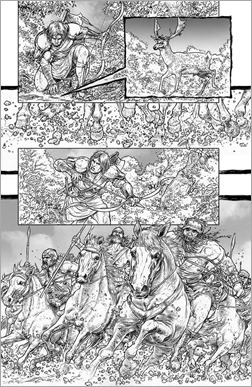 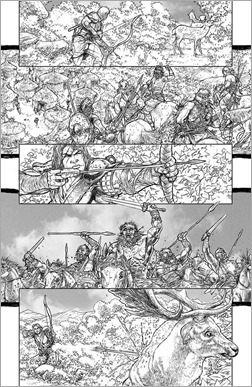