Valiant’s Must-Read Debut of 2015 Continues in WRATH OF THE ETERNAL WARRIOR #2 – Coming in December! 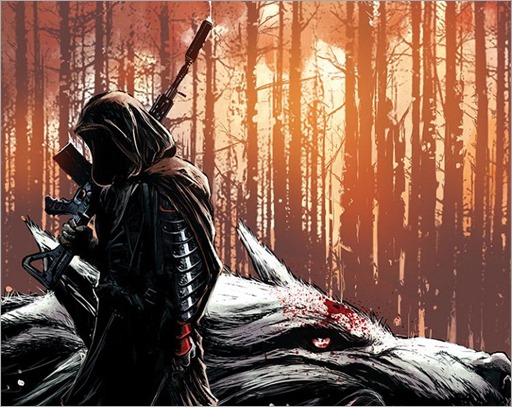 At the far end of existence…can even Earth’s immortal soldier
withstand a foe as old as life itself?

Here’s your first look at Wrath Of The Eternal Warrior #2 by writer Robert Venditti and artist Raul Allen, on sale December 16th, 2015 from Valiant Comics.

On December 16th, Earth’s immortal master of war steps out of the shadow of BOOK OF DEATH…and into a staggering quest unlike anything we’ve ever seen him face before!

Gilad Anni-Padda, the Eternal Warrior, has sacrificed everything to shape a better world…but his work is only beginning. Turning his back on everything and everyone he loved, he must leave the safety of the world he knew behind…and begin a trek across a savage and unexplored realm to return to Earth…if the true cost of his immortality doesn’t destroy him first.

For five millennia, he’s broken armies, civilizations, and empires in service to our planet…but can history’s mightiest soldier withstand the trials that await him in a world far older and far more brutal than our own? Beyond Earth lies eternity…and as the Eternal Warrior awakens to battlefields beyond human comprehension, his mettle will be tested like never before!

With just three weeks to go until the first issue hits stands, find out why fans and critics are already heralding Robert Venditti & Raul Allen’s WRATH OF THE ETERNAL WARRIOR as a indelible milestone for the Valiant Universe:

“★★★★★… A stunning and dazzling debut… WRATH OF THE ETERNAL WARRIOR #1 firmly establishes itself as the best first issue to come out of Valiant yet.” – All-Comic

“WRATH OF THE ETERNAL WARRIOR #1 invigorates an immortal hero… Robert Venditti, Raul Allen and Patricia Martin have crafted a narrative bursting with creativity and intrigue.” – The Beat

“Beautiful and powerful… Venditti and Allen [have] put out a startlingly great first issue that looks to provide new insight into Valiant’s most noble characters.” – Four Letter Nerd

“Haunted by sinister moments… Expect to get a downpour of action, emotional drama, and a whole lot of corpses. It’s going to be a fun ride.” – Infinite Comix

On December 16th, Valiant’s next tentpole series continues with a thunderclap of blood and mayhem as Valiant superstars Robert Venditti and Raul Allen venture even farther in unknown territory for WRATH OF THE ETERNAL WARRIOR #2! Featuring covers from an all-star cast of artists, including David Lafuente (A&A, Ultimate Spider-Man), Raul Allen (NINJAK), Marcos Martin (The Private Eye), Kano (THE DELINQUENTS), and Adam Pollina (X-Force), Gilad Anni-Padda’s odyssey to the ends of existence soldiers forth here, only in WRATH OF THE ETERNAL WARRIOR #2!

WRATH OF THE ETERNAL WARRIOR #2 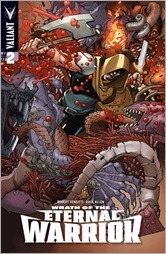 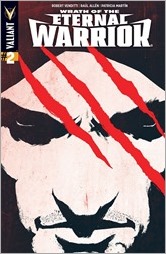 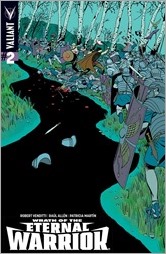 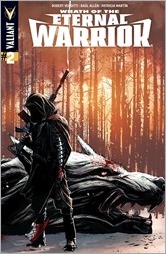 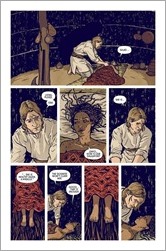 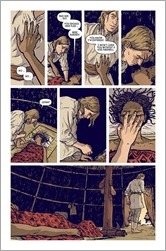 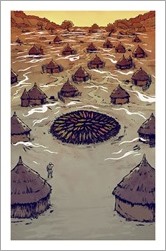 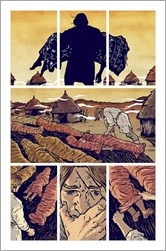